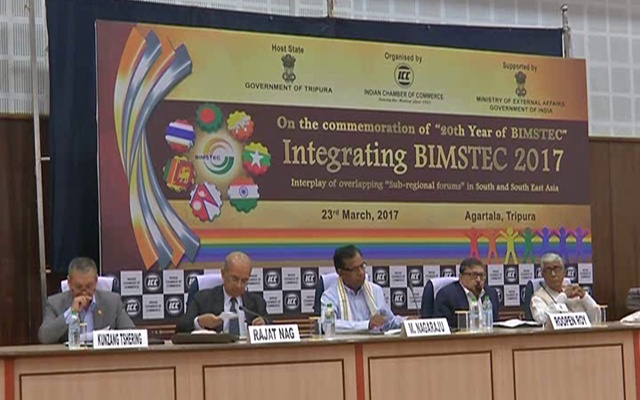 The 18th session of Bay of Bengal Initiative for Multi-Sectoral Technical and Economic Cooperation (BIMSTEC) Senior Officials’ meeting held in Kathmandu on Thursday, recognising the importance of trade, energy and technology in regional cooperation, has underlined the need of early finalisation of BIMSTEC free trade area agreement.

The meeting comprising representatives from all the member states felt the need of concentration on core areas like trade, investment, connectivity, energy and tourism rather than proliferation.

It urged the member states for an early operationalisation of BIMSTEC centres established in the respective countries.

During the meeting, Nepal has proposed to circulate a draft concept paper on Mountain Economy and host an expert level meeting to finalise the concept paper.

According to Bairagi, the idea resembles with that of Blue Economy formed within BIMSTEC member states for reaping the benefits from sea.

“Our proposal is for countries like Nepal, India and Bhutan which has significant possibilities of mountains,” Bairagi said.