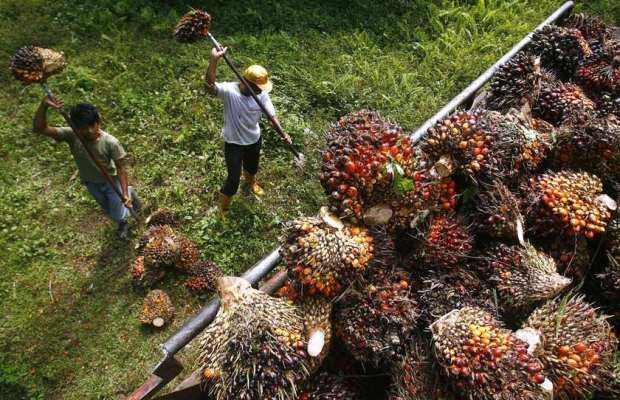 Blocked from trade pact by its failure on slavery, Malaysia suddenly gets a passing grade

The State Department on Monday took Malaysia off a list of countries with particularly egregious human trafficking records, clearing the path for the country’s participation in the Trans-Pacific Partnership (TPP) negotiations, one of the top political priorities for the Obama administration.

The move to officially upgrade Malaysia from Tier 3 to Tier 2 in the department’s annual report on human trafficking came despite scant evidence that the country has improved oversight of the businesses that enslave workers within its borders. It has raised concerns among some anti-trade activists that the decision was made for purely political reasons.

The trade promotion authority that Congress approved, which was signed into law by President Obama in June, came with a condition: No country on Tier 3 of the human trafficking report could get “fast-track” status for trade agreements signed with the United States.

In other words, trade deals with a Tier 3 country could not go to Congress for a guaranteed up-or-down vote without the possibility of filibuster or amendment. Malaysia is one of 12 countries negotiating TPP. The White House tried on multiple occasions to neutralize this language without success. So the State Department’s upgrade for Malaysia could be seen as a Plan B.

The shift has been rumored for weeks. Malaysia controls a key oil shipping lane to China, and the U.S. sees it as a key strategic partner in efforts to neutralize China’s growing influence in Asia.

The Communications Workers of America, which opposes TPP, condemned the Obama Administration for “placing the completion of the TPP ahead of human trafficking concerns.” Furthermore, CWA legislative director Shane Larson said the change “tramples on our country’s basic values. … We simply should not be rewarding bad actor countries like Malaysia with inclusion in trade deals.”

Sen. Robert Menendez, D-N.J., who wrote the anti-trafficking provision into the trade promotion authority, pronounced himself “profoundly disappointed” with the change on Malaysia in a statement. He suggested that the report was “subject to political manipulation,” and vowed hearings, investigations and potentially legislation on the issue.

Despite the White House’s contention that trade deals like TPP are “the most progressive in history,” it appears to be overlooking significant forced labor violations to get it passed.

In 2014, the State Department demoted Malaysia to Tier 3 status for being a destination “for men, women, and children subjected to forced labor and women and children subjected to sex trafficking.” Malaysia’s 4 million foreign workers are threatened by large smuggling debts and confiscated passports that put them at the mercy of recruiting companies. Women in particular, recruited for hotel or beauty salon work, are routinely coerced into the commercial sex trade. And forced labor runs rampant in agricultural, construction and textile industries, producing the same goods that would get duty-free access to U.S. markets under TPP.

There is little evidence that anything has changed for Malaysia’s foreign workers. Just a couple months ago authorities discovered a mass grave of 139 Rohingya Muslims, who fled discrimination in Burma and were sold into slavery upon their escape. Trafficking enforcement remains weak; in April, U.S. Ambassador to Malaysia Joseph Yun criticized the country for doing too little to stop slavery. The Wall Street Journal found persistent forced labor abuses on Malaysian palm oil plantations in an article published Sunday.

The State Department’s 2015 report reads almost exactly like last year’s with a few words changed, the way middle school students avoid plagiarism for book reports. But they allege that, while “the Government of Malaysia does not fully comply with the minimum standards for the elimination of trafficking … it is making significant efforts to do so.”

The total evidence for this includes amendments to an existing anti-trafficking law that were not passed into law by the time the report was written; a pilot program to aid trafficking victims housed in government facilities; and increased investigations and prosecutions of trafficking operations, even though convictions in 2014 fell by more than half compared to the previous year, from nine to four.