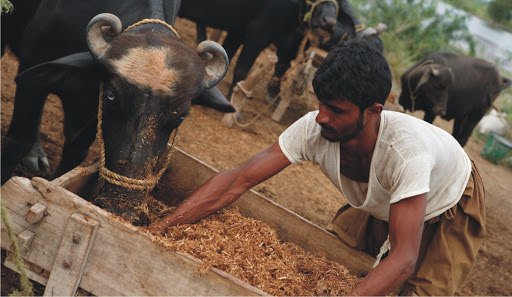 Can US and India agree upon the ‘mini trade deal’?

The so called ‘mini trade deal’ between the US and India that the Trump administration was proud to announce is stuck in limbo for good. However, Washington wants New Delhi to buy dairy and agriculture products worth $6 billion.

According to the sources, the demand came at the “last moment” from US Trade Representative Robert Lighthizer, who has now demanded that if India wants restoration of the trade benefits under the Generalized System of Preferences (GSP) program, it has to give “business equivalent of that amount” to the US.

“The USTR has been quite difficult during the interactions and the demand continues to increase from their side,” a top official told reports.

India has been pushing the US to restore the GSP trade benefits since they were suspended in June last year. India used to get benefits worth around $6 billion — out of the $46 billion worth of goods it exports to the US — by means of zero or reduced tariffs on 2,167 products. The preferential treatment was given mostly in labor-intensive sectors like leather, jewelry and engineering.

This is because such a move will appeal to the farming and dairy community of the US that forms a massive vote bank for Trump.

While both sides had formally announced that they would work towards a larger free trade agreement (FTA), the US’ main demand under the smaller pact was to obtain greater access to Indian markets for its agriculture produce.

Last month, during an event organized by the US-India Business Council (USIBC), India’s minister for commerce and industry, Piyush Goyal, had said the countries are looking at an early harvest in the form of a preferential trade agreement or PTA.

Mukesh Aghi, president and CEO of the US-India Strategic Partnership Forum (USISPF) said that the right time to close a small trade deal was now.

“No matter which administration comes in post the elections, this will have a positive impact on the bilateral relations. So, doing a small deal now and continuing the talks for a bigger one with the next administration is something that we are looking at,” said Aghi.

American businesses have also been pushing for the smaller trade deal, while the countries’ respective ambassadors Taranjit Singh Sandhu and Kenneth Juster have also batted for it.

The deal has been in the works for the last year, ever since PM Narendra Modi went to the US in September. There were high hopes in February 2020 that the countries would sign the deal when Trump visited India, but on both these occasions, the deal got stuck over issues concerning market access and tariffs.