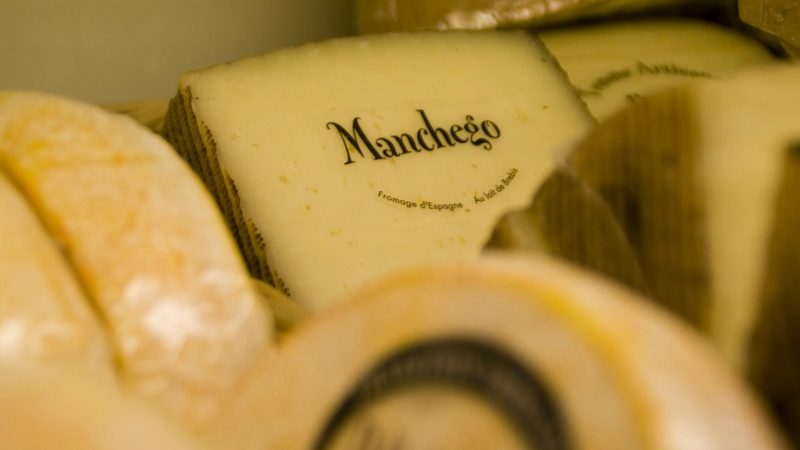 Cheese is the beef as EU-Mexico trade talks resume

(AFP) - The EU and Mexico resumed talks Monday aimed at sealing a new version of their 18-year-old trade deal, a project that has hit several snags — including the touchy issue of cheese.

Mexico, which sends some 80 percent of its exports to the United States, is keen to diversify its trading partners because of US President Donald Trump’s threats to pull out of the North American Free Trade Agreement (NAFTA).

It had been making fast progress on modernizing its 2000 trade deal with the European Union.

But after announcing they hoped to wrap up talks by the end of 2017, negotiators ran into trouble on some final details — notably whether Mexico’s dairy industry has the right to produce "Manchego cheese," a product that originated in Spain’s La Mancha region.

The Europeans want exclusive rights to that name, along with more than 300 other products ranging from wines to beers to meats.

But that is a problem for cheese producers in Latin America’s second-largest economy, where Mexican Manchego represents nearly 15 percent of total cheese sales.

The Mexican dairy industry argues its version of Manchego is ingrained in local culture and does not even resemble the Spanish original.

"People identify it as a very national product that isn’t even related to the European version," said Miguel Angel Garcia Paredes, head of the National Chamber of Dairy Industries.

Mexican Manchego is made from cow’s milk and is often melted over hot dishes, unlike the Spanish original, which comes from sheep’s milk and is typically semi-hard.

"People don’t expect a Spanish Manchego when they go to the supermarket and ask for a Manchego. The Spanish kind is a lot more expensive," Garcia Paredes told AFP.

The Mexican economy ministry said the new round of talks — the eighth since negotiations began in 2016 — would focus on rules of origin, technical barriers to trade and intellectual property.

EU-Mexico trade has nearly tripled to $61.7 billion a year under the deal.

The EU-Mexico talks are set to last until January 17.

Both sides say they are eager to reach a final deal, but no deadline has been set.