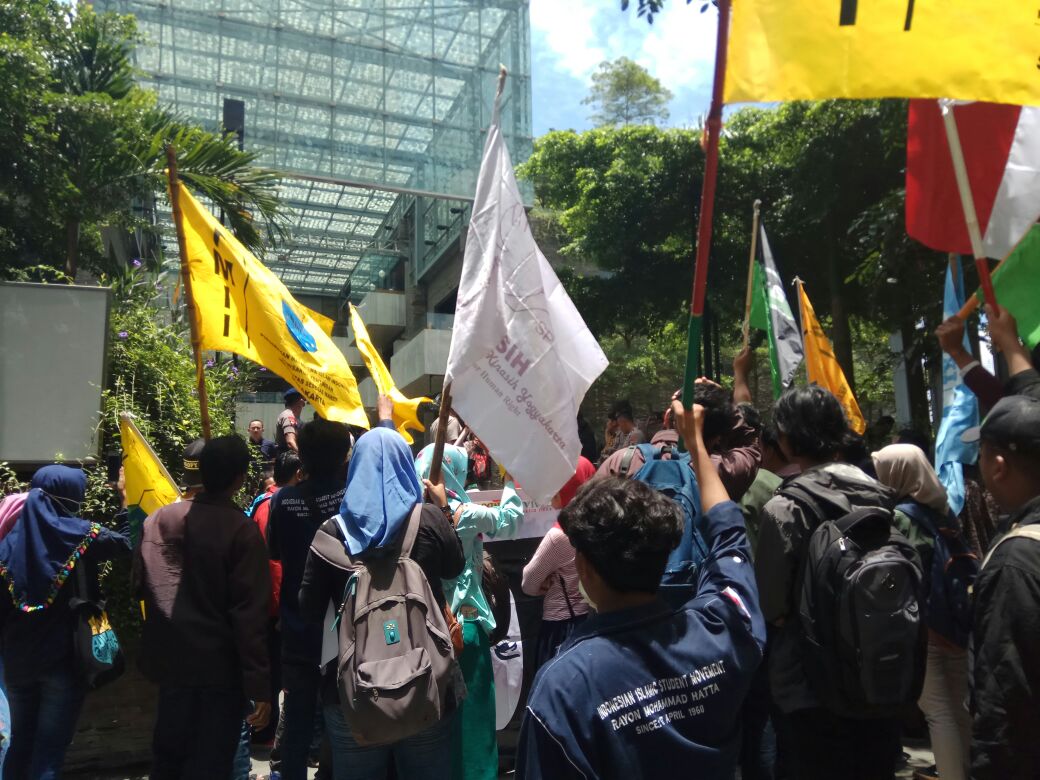 Several civil groups have called for transparency in the negotiation between Indonesia and the European Union over the comprehensive economic partnership agreement (CEPA) to ensure the deal would bring equitable and sustainable development.

The demands come at a time when Indonesia and the EU are carrying out the fourth CEPA negotiation in Surakarta, Central Java, from Feb. 19 to 23.

“The disclosure of information and public involvement must be mandatory, so the public could monitor the negotiations and raise concerns over provisions that are contrary to the basic rights of the people,” she said in the recent AEPF event at the University of Indonesia (UI) in Salemba, Central Jakarta. The forum comprises several regional civil societies.

If the lack of transparency continues, the Indonesia-EU CEPA could lead to unlimited market access and special rights for foreign investors, and is likely to bring further concentration of markets and capital.

Joseph Purugganan, head of the Philippines office of Focus on the Global South, added that similar situations also occur in his country, where the public has generally been shut out of the formal process of Philippines-EU negotiations for a new free trade agreement (FTA).

The Indonesia-EU CEPA negotiation also discusses sustainable development, but it lacks a concrete and binding mechanism, according to IGJ, which got a draft of the CEPA. Instead, it should provide an accessible complaint mechanism and financial help for communities affected by irresponsible investment, the AEPF demanded.

The investor-state dispute settlement (ISDS) system must also benefit the state and not give privilege to the investors. Otherwise, the investors could easily sue the Indonesian government anytime there is a dispute about the international arbitration tribunals, costing billions of dollars of state money.

Indonesia faced eight of such cases in the past.

“Therefore, a state-investor dispute-resolution mechanism, regardless of whether it is the ‘classic ISDS’, or the EU’s attempt to introduce minor reforms and rebrand it as Investment Court System [ICS], must not be included in the agreement,” said Roeline Knottnerus from the Transnational Institute.

The CEPA draft also obliges Indonesia to inform the EU prior to issuing economic policies, thus the activists urged the need for some “red lines” in the deal.

“Negotiators should erase provisions that will limit the state’s capacity to regulate for the sake of public interest,” said Marc Maes, trade policy coordinator for the Coalition of the Flemish North-South Movement 11.11.11.

The Trade Ministry has yet to respond to The Jakarta Post’s queries on the civil groups’ demand, but international trade negotiation director general Iman Pambagyo has said this round was “important” as it marked the beginning of substantial stages, particularly for market access for goods and services. A conclusion is expected this year.

The current round touches on the exchange of goods tariff, rough topics like sanitary and phytosanitary measures to protect humans, animals and plants from diseases, pests or contaminants, public procurement and state enterprises