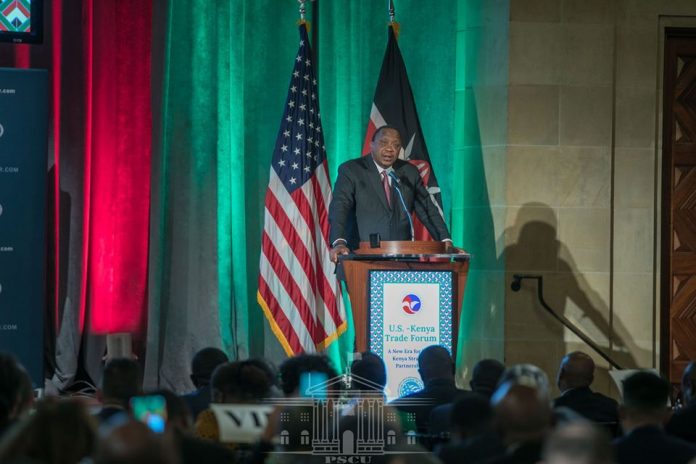 In March 2020, the Trump administration notified Congress of its intent to negotiate a Free Trade Agreement (FTA) with Kenya after a meeting between the U.S. and Kenyan presidents.

Public Citizen submitted formal comments to the U.S. Trade Representative explaining why negotiating a standard U.S. FTA with Kenya is a very bad idea in general, and doing any trade negotiations that are not focused on COVID-19 response at this time is counterproductive.

The amount of trade between Kenya and the United States is small, but if Kenya negotiates a standard FTA with the United States, it will be forced to give up strong laws banning certain genetically modified foods and protecting consumers’ privacy online. And Kenya will become vulnerable to floods of subsidized U.S. agribusiness products that could wipe out local farmers.

It remains unclear why Kenyan President Uhuru Kenyatta would sign his country up for a raft of new anti-development obligations under a U.S. FTA when Kenya already enjoys largely duty-free access to the U.S. market under the African Growth and Opportunity Act (AGOA).

From comments Kenyatta made after meeting with Donald Trump, it appears that Trump suggested that AGOA would end and Kenya would be left hanging. Yet, barring a coup, Trump will not be the president when the next AGOA renewal is to take place in 2025, so he could not veto it if that was the threat. And second, Congress, not the executive, has the authority to renew AGOA, which it does as a routine matter with little to no opposition. The negotiations should not be an attempt to break up or undermine AGOA or Kenya’s primary trading bloc, the East African Community. Indeed, the mere suggestion of these talks may have already given the appearance that the administration is attempting to do just that.

The European Union’s fateful decision to revoke the preferences under the Lomé Convention should be a cautionary tale for the administration. The Lomé signatories — African, Caribbean and Pacific nations including many former European colonies — could compete in the global market with these preferences and based their economies around them. But in 2000, the European Commission announced the end of Lomé and the beginning of reciprocity-based Economic Partnership Agreements (EPAs). The divide-and-conquer approach of negotiating EPAs with blocs of Lomé members plus the revocation of special preferences not only harmed the economies of these countries, but also proved to be a political blunder, embittering the states against the European Union.

The timing of this FTA is also highly questionable. As the world grapples with the COVID-19 crisis, the United States should not prioritize negotiating a new trade agreement, much less one that could undermine public health and safety protections. The only trade that the countries should be discussing now is how to maximize both nations’ access to urgently needed medical equipment, supplies and medicine. This point was recently emphasized by 400 civil society groups from around the world in an open letter urging governments to halt all trade and investment treaty negotiations during the COVID-19 outbreak and refocus on access to medical supplies and saving lives. It is bad policy and bad politics to take advantage of a distracted public to double-down on the neoliberal, corporate-dominated trade model that has contributed to mask and medicine shortages.

Submissions from the CTC, Public Citizen, and nearly 7,500 individual trade justice advocates outlined the same set of demands. If there is to be a U.S.-Kenya trade agreement, it must:

Even as the timing for the launch of any new trade agreement negotiations are inauspicious and the goals unclear, what the recent debate over the renegotiated North American Free Trade Agreement (NAFTA) spotlighted is that public opinion around what can and cannot be in a U.S. trade agreement has changed. The support the new NAFTA received from both parties in both chambers of Congress and from some sectors of civil society was in the context of revising an existing agreement. Trying to fix an existing bad deal like NAFTA to reduce its ongoing damage is very different from creating a truly good trade deal that generates jobs, raises wages and protects the environment and public health.

For a tabla rasa deal to enjoy support, the bar will be higher than the revised NAFTA. That means no special protections for foreign investors or Big Pharma, stronger rules to stop race-to-the-bottom outsourcing of jobs and pollution, binding climate standards, and no limits on the policymaking processes or public interest protections needed to ensure that our food and products are safe, our privacy is protected, monopolistic online firms are held accountable and big banks do not crash the economy again.

Public Citizen and our allies are poised to monitor these negotiations and outcomes. We will ensure the public is apprised of how terms of a potential U.S.-Kenya trade agreement will affect peoples’ jobs, health and safety and the environment. We will fight fiercely to sustain the improvements for which we have long advocated that were included in the new NAFTA and to promote the critical improvements that remain to be made so that any new U.S. trade agreement actually benefits most people, rather than replicating past failed trade-pact models that have benefited large commercial interests to the detriment of most.