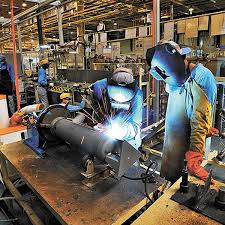 The commerce ministry has asked the three agencies, which have been tasked to prepare a report on proposed mega trade agreement RCEP, to get into greater details of issues involved in the pact and hold industry specific consultations, an official said.

Indian Institute of Management-Bangalore, Indian Council for Research on International Economic Relations (ICRIER) and the Centre for Regional Trade, an autonomous think-tank under the Department of Commerce have been tasked for the exercise.

It was suggested during a presentation made by these agencies to Commerce and Industry Minister Suresh Prabhu yesterday.

"The minister asked them to make their study more granular and also hold industry specific consultations to understand their issues and concerns. They have to see whether the industry is prepare to export to RCEP members like China or not," the official said.

It aims to cover among the issues related to goods, services, investments, economic and technical cooperation, competition and intellectual property rights.

These agencies are being involved as serious concerns were raised by certain section of industry and government departments on the pact.

Presence of China, with which India has a huge trade deficit, in the bloc is a major concern to domestic players. Time and again, domestic industry players have said that giving duty free access to China will led to flooding of Chinese goods in Indian market.

The negotiations have entered the sixth year. During the last five years, over 20 rounds of negotiations at the expert level were held. Besides, seven ministerial meetings and seven inter-sessional meetings have been held so far.

But lower level of ambitions in services and investments, a key area of interest for India, does not augur well for the agreement that seeks to be comprehensive in nature.