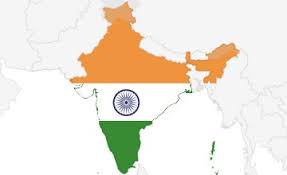 Commerce & Industry Minister Piyush Goyal has reviewed India’s free trade agreements (FTAs) with partner countries such as Japan, South Korea, Sri Lanka and the 10-member ASEAN to identify problem areas for the Indian industry and the opportunities they could offer.

“The Minister reviewed in details the impact of the existing FTAs on the Indian industry and the extent to which the partner countries had gained from it. The idea was to explore if there are ways in which concerns of the Indian industry could be addressed and what should negotiators look out for in future pacts,” a government official told BusinessLine.

While the BJP-led government did not sign any new FTA in its first stint in the last five years, Indian industry has been complaining about the ones signed in the past as they gave access to products from competing countries to Indian markets at preferential interest rates. Indian exporters, on the other hand, have not been able to utilise the FTAs well because of lack of awareness, complicated rules of origin requirements and other technical issues.

“Many sectors such as steel, electronics, chemicals, textiles and agricultural items like spices and vanaspati have been hit due to the existing FTAs and overall trade deficit with partner countries have also gone up,” the official said.

It is important for India to come to grips with what its position on FTAs should be as there are a number of proposed pacts in the pipeline including long-pending ones with partners such as the EU, Australia and the Regional Comprehensive Economic Partnership (RCEP).

“The Indian industry is not totally opposed to FTAs. For instance, there are sectors such as textiles that want an FTA with the EU. A balanced view needs to be taken by the government on the matter,” the official said.

Goyal, who took charge as the Commerce & Industry Minister recently, is yet to discuss in details the challenges that the proposed RCEPpose for India.

“A clarity on RCEP and what India is ready to offer all members including China in terms of market access has to emerge. Once there is clarity, Indian officials can take a firm stand at the negotiations,” the official said.