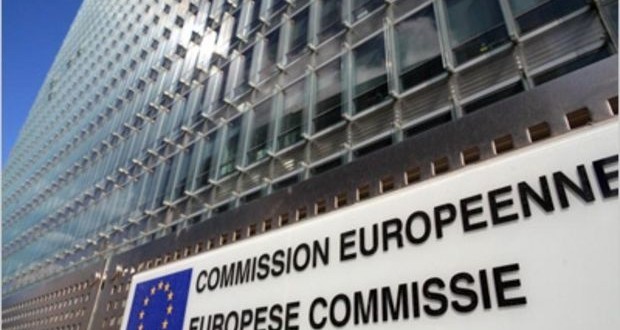 The European Commission has initiated infringement proceedings against five Member States today requesting them to terminate intra-EU bilateral investment treaties between them ("intra-EU BITs"). BITs are agreements establishing the terms and conditions for private investment by nationals and companies of one state in another one. Intra-EU BITs are agreements that exist between EU Member States.

Many of these intra-EU BITs were agreed in the 1990s, before the EU enlargements of 2004, 2007 and 2013. They were mainly struck between existing members of the EU and those who would become the "EU 13". They were aimed at reassuring investors who wanted to invest in the future "EU 13" at a time when private investors – sometimes for historical political reasons – might have felt wary about investing in those countries. The BITs were thus aimed at strengthening investor protection, for example by means of compensation for expropriation and arbitration procedures for the settlement of investment disputes.

Since enlargement, such ’extra’ reassurances should not be necessary, as all Member States are subject to the same EU rules in the single market, including those on cross-border investments (in particular the freedom of establishment and the free movement of capital). All EU investors also benefit from the same protection thanks to EU rules (e.g. non-discrimination on grounds of nationality). By contrast, intra-EU BITs confer rights on a bilateral basis to investors from some Member States only: in accordance with consistent case law from the European Court of Justice, such discrimination based on nationality is incompatible with EU law.

Jonathan Hill, EU Commissioner for Financial Services, Financial Stability and Capital Markets Union said: "Intra-EU bilateral investment treaties are outdated and as Italy and Ireland have shown by already terminating their intra-EU BITs, no longer necessary in a single market of 28 Member States. We must all act together to make sure that the regulatory framework for cross-border investment in the single market works effectively. In that context, the Commission is ready to explore the possibility of a mechanism for the quick and efficient mediation of investment disputes."

Bilateral Investment Treaties (BITs) set the terms and conditions for investments between two states. There are still around 200 bilateral investment treaties in force between EU Member States. Most of them date back to the 1990s when one or both countries were not yet a member of the EU. Their aim was to encourage investments by offering reciprocal guarantees against political risks which might negatively affect those investments. These BITs are out of date inside a single market of 28 countries. The current proceedings deal only with intra-EU BITs and do not concern BITs that exist between EU Member States and third countries.

In particular, intra-EU BITs fragment the single market by conferring rights to some EU investors on a bilateral basis. Their provisions overlap and conflict with EU single market law on cross-border investments. This situation is specific to BITs between EU Member States. In its letters of formal notice, the Commission emphasises that these considerations are limited to bilateral treaties which EU Member States maintain in force with each other. They do not concern investment treaties Member States or the European Union may have with third countries for which different considerations apply. While intra-EU BITs were not used much for the first years after enlargement, we have seen a renewed reliance by some investors on these treaties recently. The problem with BITs is not theoretical and has very practical consequences. For instance, one recent arbitration proceeding based on an intra-EU BIT has produced an outcome that the Commission considers incompatible with EU law, as the arbitral award constitutes illegal state aid [1]. This situation may create legal uncertainty for cross-border investors – at a time when the EU’s top priority is to promote an environment that encourages investment.

The Commission therefore calls on Member States to terminate their intra-EU BITs by sending letters of formal notice to the five Member States (Austria, the Netherlands, Romania, Slovakia and Sweden) from whom clarification had already been sought in the past through administrative dialogues [2], given that the bilateral agreements in question have been relied on in arbitration proceedings and have led to issues regarding compatibility with EU law. Letters of formal notice are the first stage of infringement procedures under Article 258 of the Treaty on the Functioning of the European Union. At the same time, the Commission has written to all the other 21 Member States that maintain intra-EU BITs [3], via EU Pilot proceedings, to seek their views on the issue.

The Commission also intends to engage in a discussion with the Member States and all interested parties on how to improve further investment protection inside the single market.

[1] The arbitral tribunal in the Micula case ordered Romania to pay damages to a Swedish investor, ignoring the Commission’s position that such an award would infringe EU state aid rules

[2] EU Pilot is designed to improve communication and problem-solving between the Commission services and Member State authorities on issues concerning the application of EU law or the conformity of national rules with EU law at an early stage before an infringement procedure is launched under Article 258 TFEU (http://ec.europa.eu/eu_law/infringements/application_monitoring_en.htm).

[3] All the other Member States are concerned except Ireland and Italy who have terminated their intra-EU BITs.