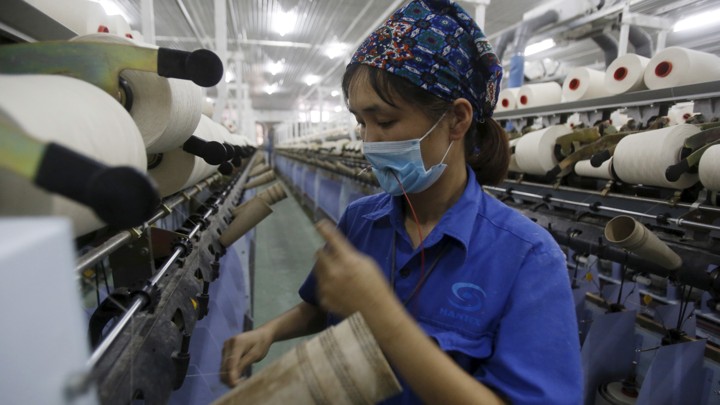 The upcoming EU-Việt Nam Free Trade Agreement (EVFTA) will boost the Viet Nam – EU economic partnership by abolishing 99 per cent of import tariffs in the next 7-10 years. The agreement is an important milestone helping lift bilateral ties to a new height.

During his working trip to Việt Nam last week, Chairman of the European Parliament’s Committee on International Trade (INTA) Bernd Lange spoke to Việt Nam News reporter Nguyễn Linh Anh about the remaining concerns during discussions towards the signing of the EVFTA.

Việt Nam is expected to soon ratify the three remaining conventions among eight core conventions of the International Labour Organisation (ILO) required to be ratified by the Vietnamese side for the approval of the EVFTA by the EU. However the legislation work, which is under the responsibility of the National Assembly, is quite pressing now. Could you comment on the Vietnamese efforts in this legislation work?

Under the labour chapters of the EVFTA, Việt Nam is obliged to reform both its legal system and its institutions and practices to ensure the realisation of the fundamental principles and rights at work, if it is to reap the full benefits of the favourable conditions offered under the agreement.

The European Parliament, which is in charge of approving all treaties or international trade agreements that the EU joins, has strict requirements on labour standards in free trade agreements to ensure that workers in the involved countries can fully benefit from the agreement when it is in place, when it comes to the issues related to wages and working conditions. We need to avoid cases of unequal competition when the agreement is put into effect, for example a party puts a social and environmental impact on the other party.

For example, during the process of negotiating and signing the Comprehensive Economic and Trade Agreement (CETA), a free-trade agreement between Canada and the EU, Canada also did not ratify all the total eight core conventions at the beginning. It was not until after the ratification of the agreement did they make a written commitment that they would ratify the remaining conventions.

The eight core conventions do not necessarily have to be fully ratified immediately, but at least the signing country needs to show its binding commitment to respect, promote and realise the ILO’s declared fundamental principles and rights at work and draw up a roadmap for the ratification and implementation of the conventions.

What are the impacts of trade protectionism, especially the global trade war, on the EVFTA?

The ratification of the agreement is very important in the context of the world’s widespread trade protectionism and unilateralism.

The evolution of trade war is undermining the global rules-based trading system and our signing the EVFTA shows a clear signal that we are opposed to this trend. In the context of global trade obstacles, the co-operation between Việt Nam and EU under the agreement is a positive signal.

Rising trade protectionism and unilateralism are hindrances to the signing and ratification of the FTA. These are challenges that both Việt Nam and the EU have faced. Việt Nam and the EU will continue working closely to ensure the success of their shared goals.

Is there any chance that the signature can not be materialised by the deadline?

The European Parliament is making every effort to promote the official signing and approval of the EVFTA, which is slated for late 2018.

The EVFTA has now been finalised after a series of efforts to solve technical problems. It is now ready to be translated into the 24 official languages of the EU and sent to the 28 member countries for consideration.

I hope the signing of EVFTA will take place in October this year on the occasion of the 12th ASEM Summit. The EU parliament will then begin the discussion process for approval. I expect that the two sides will have officially completed the EVFTA signing by the end of March 2019, within the current European Parliament’s term of office as the vote for the next term will take place on May, 2019.

What should Vietnamese and European companies do to seize the opportunities from this FTA?

The official signing and approval of the EVFTA will create newfound momentum for the two sides to maximise on their potential, thus bringing more co-operation and investment opportunities for business communities and people in Việt Nam and the EU.

There are certain challenges that the EU and Việt Nam need to handle, including how to improve awareness amongst businesses, especially small- and medium-sized enterprises, of the EVFTA’s benefits. Not many small- and medium-sized firms really understand the direct benefits of this trade pact, and so the two sides should assist companies in capacity building. — VNS