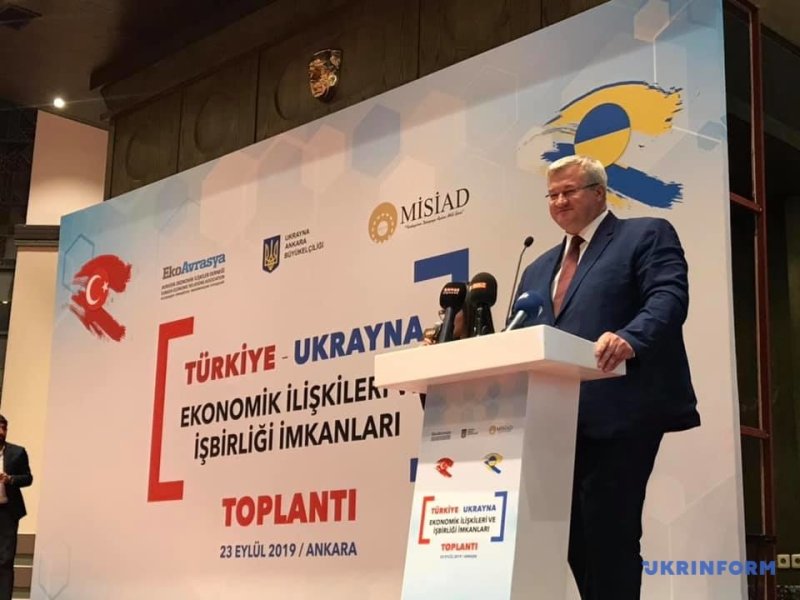 Another round of consultations has begun in Ankara as part of the negotiation process on the conclusion of a free trade agreement between Ukraine and the Republic of Turkey, an Ukrinform correspondent reports.

The Ukrainian delegation is headed by Deputy Minister of Economic Development, Trade and Agriculture and Ukraine’s Trade Representative Taras Kachka, and the Turkish delegation – by Mr. Hüsnü Dilemre, Director General for International Agreements and EU Affairs of the Turkish Ministry of Trade.

On September 1, at the request of President of Ukraine Volodymyr Zelensky, Minister for Development of Economy, Trade and Agriculture Ihor Petrashko had a phone conversation with Minister of Trade of the Republic of Turkey Ruhsar Pekcan.

The free trade agreement was the main topic of their conversation. The parties agreed to restart the negotiation process, which has been continuing intermittently since 2012, and to find a mutually beneficial solution to conclude a free trade agreement. The ministers also discussed the issue of raising tariffs by Turkey within its capabilities in the WTO and negative impact of such a step on Ukrainian companies. The parties agreed that one of the options for resolving the situation is to jointly develop an optimal tariff proposal and conclude the FTA. During the conversation, the ministers agreed on the current visit of Taras Kachka to Ankara.