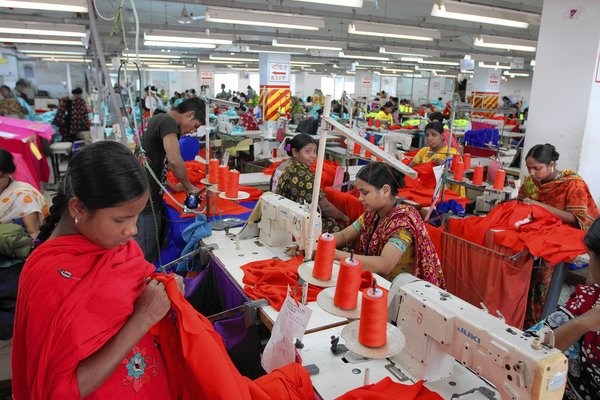 Bangladesh and Turkey are set to finalise terms of reference (ToR) next week aiming to initiate talks over signing of a free trade area (FTA) deal between the two Muslim nations, officials said.

A Turkish delegation led by deputy director general of the ministry of economy Mehmet Tan will sit with a Bangladeshi delegation, led by additional commerce secretary Shafiqul Islam, in Dhaka to finalise ToR.

The imposition of 17 per cent additional duty hit hard Bangladesh’s apparel exports to the Eurasian country.

Later, in line with ’Bangladesh FTA Policy Guideline 2010’ the Bangladesh Tariff Commission (BTC) conducted a feasibility study which found that signing FTA with Turkey will be beneficial for the country since the revenue loss is very minimal, a senior commerce ministry official told the FE.

The BTC also prepared a draft template for FTA negotiations which was finalised by the ministry of commerce (MoC) after consultation with stakeholders and inter-ministerial meetings.

The template was sent to Turkey for its comments in 2014. But without making comments on the draft template Turkey proposed an explanatory meeting to clarify the expectations of both the sides and evaluate the scope of signing FTA.

According to officials, the meting was held in Ankara in August 2014 where Turkish side showed interest to widen the coverage of FTA and complete elimination of tariffs on all industrial goods and on substantial reduction of tariffs on agricultural goods on reciprocal basis.

Bangladesh side in the meeting said their main interest for an FTA is elimination of additional duty on textile and garment imposed by Turkey.

After the meeting, Turkey handed over a ToR to Bangladeshi officials instead of making specific comments on draft template. In February 2016, Bangladesh sent its comments on the Turkey’s proposed ToR after completion of necessary consultation with stakeholders.

Officials said in June last year Turkey again showed interest to host another round of meeting in Ankara to finalise ToR. But this time Dhaka said it is interested to host the meeting.

A senior MoC official told the FE that the commencement of FTA talks with Turkey was delayed as Turkish ambassador in Dhaka Devrim Öztürk left the country in May last year following execution of Jamaat-e-Islami leader Motiur Rahman Nizami. Before that the government of Turkey on several occasions strongly condemned the execution. However, after three months the ambassador came back Dhaka in August last year.

"If we can get duty-free access to Turkey, our export to the Eurasian country will increase manifold," he said, adding that "especially apparel export has significant potential to grow there."