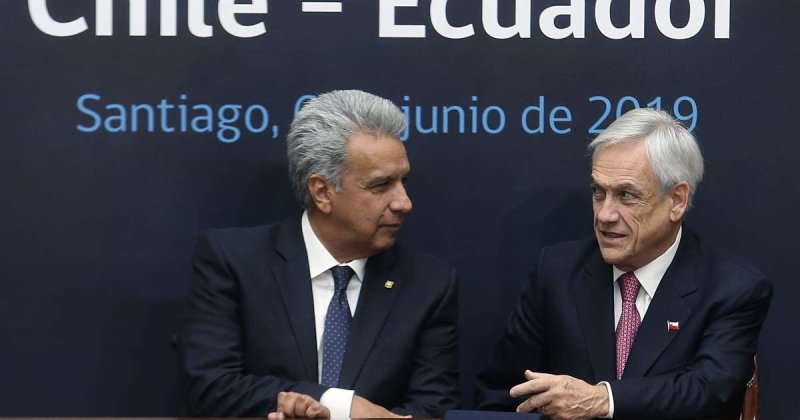 The signing of the agreement was carried out virtually with the participation of the presidents and officials from the two countries’ foreign ministries.

Moreno said that the trade agreement is the result of negotiations that began in 2019, with the aim of "refreshing" trade relations. "Trade is the basis of any economy. It guarantees employment, income, investment, and above all, development and well-being for the families of our countries."

Moreno stated that the new agreement includes a section granting Ecuadorian products access to the Chilean market, with important tariff benefits for the agricultural sector.

"The benefit for thousands of farmers and producers will be great for both sides," he said, noting that Ecuadorian products such as corn and rice that enter Chile will be taxed at a lower rate, and that sugar will enter duty free.

Chile is the fourth destination for Ecuadorian exports, which include products such as bananas, shrimp, and flowers.

The Ecuadorian president added that the trade agreement brings Ecuador even closer to the Pacific Alliance, a regional integration initiative made up of Chile, Colombia, Mexico, and Peru.