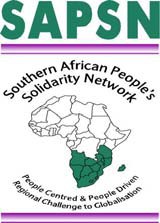 THE Economic Partnership Agreement (EPA) has the potential to split Africa and poses a great threat to Southern African Development Community’s planned economic and financial integration, a civil society and trade analyst in the region declared recently. Speaking at a Civil Society gathering code named ‘The Southern African People’s Solidarity Network’ a trade and justice activist in the region, Dot Keet, said EPA has the potential to derail efforts to unite both SADC and Africa’s goals of integration.

“We throw our weight behind the decision by Namibia not to sign the EPA agreement because the agreement has no benefits for the continent. It is important that countries stick to what they believe including charging tariffs on their exports for the benefit of the locals,” said Keet.

According to Keet, SADC and the African continent has laid proper platforms that can be accessed to promote regional trade including the Common Market for East and Southern African countries (COMESA) and Economic Community of West African States (ECOWAS).

She added that it is more important for African states to promote inter-regional and African trade for the betterment of the African people.

She said the EPA agreement is a typical one which will see the African and SADC markets being bombarded by the European products at the expense of local industries and companies.

“The European union stands to benefit more from EPA. We still believe if African governments are bold enough like Namibia and South Africa there is still room to pull out of the agreement,” Keet added.

While the SADC civil society has shown its reservations against what they term ‘European dominance’ through EPA some SADC countries including Zimbabwe, Lesotho, Swaziland and Mozambique have already inked the agreement.

Namibia, South Africa and Angola are still back-pedalling on the agreement calling for the consideration of some outstanding issues including infant industry protection and tariff charges on exports to the EU.

Keet added that West African States through Senegal and Ghana are already making the first steps towards reversing European trade dominance buy encouraging both Ghana and Ivory Coast to cooperate more with their counterparts than the EU.

She added that if the SADC region does not take a consensus on the EPA issue then the EU will still access the market regardless of not engaging some of the countries.

“As it stands, EU can access the South African Market tariff free Lesotho and Swaziland which are also members of the oldest customs union, the Southern African Customs Union (SACU).

Keet added that the region should take a uniform decision on the EPA issue as the EU is keen on dealing with individual countries.

Keet’s sentiments seem to support the stance taken by the Namibian Government through the Minister of Trade and Industry Hage Geingob who told Parliament that the country was not ready to deal with what he termed as “bullying tactics” of the EU.

Geingob maintained that the country would not pen the agreement until the outstanding issues are addressed.