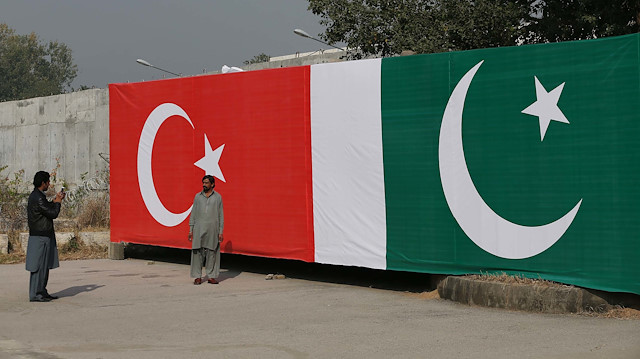 Turkish President Recep Tayyip Erdogan’s visit to Pakistan this week will not only help strengthen economic cooperation between the two countries but will also help boost bilateral trade, according to local businesspeople.

Erdogan is scheduled to arrive in the capital Islamabad on Thursday for a two-day official visit — his fourth since 2002.

“President Erdogan’s visit means a lot for Pakistan at a time, when the country is facing a series of challenges, mainly on economic front,” said Abdul Rashid Abro, a Karachi-based businessman and former president of Turkey-Pakistan Business Council.

“Unfortunately, the bilateral trade volume between the two longtime allies is lesser than their actual potential. No doubt, the recent economic cooperation, including Turkish investment [in Pakistan], has improved the situation but much room is still vacant,” Abro told Anadolu Agency.

“To me, his visit can be a golden opportunity to boost the bilateral trade volume between the two sides,” he maintained.

Pakistani businessmen, he said, expected from Prime Minister Imran Khan to visit Turkey with a trade delegation to improve bilateral economic cooperation both on government and private levels.

The current trade volume between the two countries is $900 million. Turkey and Pakistan are engaged in Strategic Economic Framework (SEF) that aims to boost the bilateral trade volume.

Last year, Ankara presented its proposals on the SEF to Islamabad with an aim to enhance the bilateral trade five times from existing level.

“Pakistan has a tremendous treasure of natural beauty to show the world. But we terribly lack in terms of infrastructure, whereas Turkish companies embody a huge experience in this field,” Afzal told Anadolu Agency.

“Pakistan can truly boost its struggling economy by boosting its tourism industry, and Turkey, which earns over $40 billion through tourism, can be a great help in this connection,” he maintained.

Nine Turkish companies have already made investment in Pakistan, but the real opportunities are still awaiting the Turkish investors, according to Afzal.

He opined that the signing of a “long-pending” Free Trade Agreement (FTA) between Ankara and Islamabad could actually boost the bilateral trade volume.

“We expect that President Erdogan will make some big announcement regarding FTA,” Afzal added.

“Turkish brands are equally compatible with the European ones. They could further capture the market if produced locally,” Turk told Anadolu Agency.