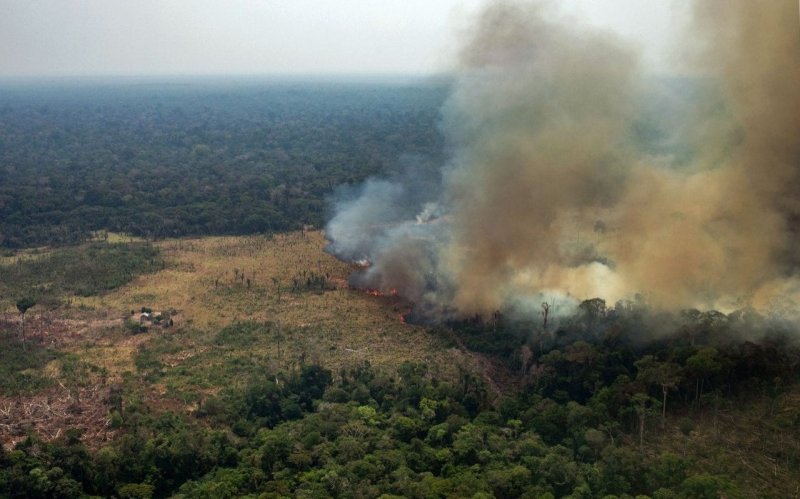 A trade deal between Europe and the Mercosur countries (Argentina, Brazil, Paraguay and Uruguay) provides a clear commitment to the Paris Agreement in combatting climate change, the new EU ambassador in Brasilia, Ignácio Ybáñez, told EURACTIV’s partner EFE in an interview.

However, he hinted that the deal was not at risk. “We have been negotiating the agreement for 20 years, which is a commitment to the future between the two regions, so it is not true to think that parliaments will react against specific things,” he said.

In light of the worst wildfires in the Amazon rainforest, one of the world’s largest carbon sinks, Ybáñez said, “The Mercosur agreement contains some commitments of how we want our future relationship to be. For example, on the environmental issue, there is a clear commitment to compliance with the Paris agreement and international agreements by Brazil and Mercosur”.

But the lack of action from Brazilian President Jair Bolsonaro to tackle the critical situation in Amazon has triggered the strong reaction of some EU member states.

France and Ireland threatened to block the Mercosur deal, while conservative Bolsonaro warned French President Emmanuel Macron not me meddle in his country and stop using the issue for domestic political reasons.

EURACTIV France reported that Amazon has become a hot topic in the country as many politicians highlighted the threat of a new environmental tragedy. “Fires burning in the Amazon are a crime against humanity and those responsible must be held accountable”, said Anne Hidalgo, head of the coalition of cities for the climate C40.

In Biarritz, Macron underlined that G7 members had agreed to help countries affected by Amazon fires as soon as possible, and insisted that France had a 700km border with Brazil, deep in the forest: Guyana.

On the other hand, Spain opposed blocking the trade deal saying it will open “huge opportunities” for the two regional blocs. Similarly, the Dutch response has been less explosive given the lowland nation has fewer interests in the more controversial aspects of the draft deal, such as beef imports.

Dutch trade minister Sigrid Kaag last month continued to defend the agreement and insists that it will actually help improve environmental standards in countries like Brazil. Signals from other parts of the Dutch government suggest that Emmanuel Macron and Leo Varadkar will have to look elsewhere to build a blocking minority for when the deal is put to a vote.

In Berlin, the grand coalition does not have a specific view. German Foreign Minister Heiko Mass (SPD) warned Bolsonaro against economic consequences. “Environmental and climate policies are central to the EU-Mercosur agreement,” he told Bild am Sonntag. On the other hand, Development Minister Gerd Müller (CSU) warned against political overreaction. “We will not save the rainforest if we tear down bridges with the Brazilian government and give up the Amazon fund,” the CSU politician told German daily Berliner Morgenpost.

Referring to the Mercosur deal, ambassador Ybáñez said what is really worrying is that governments can inform their parliaments properly about what is at stake amid growing protectionism by the US and China. “The commitment we make is for the common values of the rule of law, human rights, sustainability and economic liberalisation”.

Ybáñez also criticised Bolsonaro’s decision to hit at the Norwegian and German governments for suspending their contributions to the Amazon Fund, aimed at conserving the largest rainforest in the world, for having doubts about the Brazilian government’s commitment to its preservation.