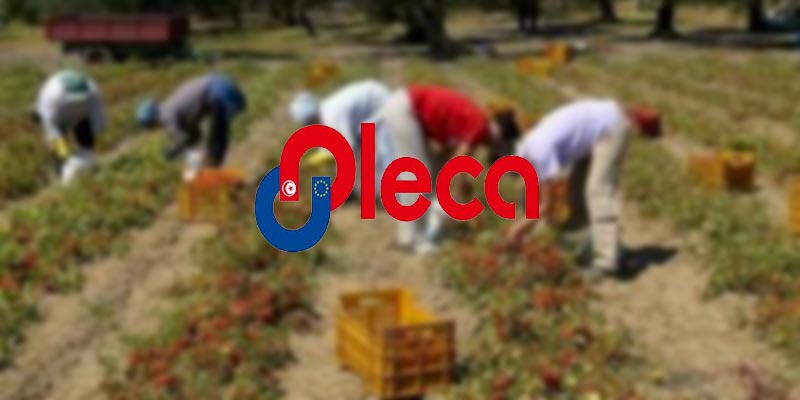 EU drive for trade liberalisation adds to tensions in Tunisia

Tunisia is the only country in northern Africa in which a democratic political system still prevails. The country has been undergoing a difficult transition since it initiated the ‘Arab spring’ in 2011. More recently, the tense economic situation—rising living costs, youth unemployment up to 50 per cent in some places, with strong regional divergences—has been aggravating the frustration among the population. In the last few months, there have been widespread protests, including once more the self-immolation of individual protesters.

Dependent on support from the two dominant political forces—the Islamist Ennahda and the secular Nidaa Tunes—the national-unity government led by Youssef Chahed is confronted with multiple social demands. Extremist forces are gaining ground and the radicalisation of young people from impoverished areas in the south and west of the country is cause for concern.

Nevertheless, most of Tunisian civil society remains committed to liberal democracy and is pro-European. Reason enough, one would think, for the European Union resolutely to support political and social stabilisation.

Indeed, in 2013, the EU offered Tunisia a privileged partnership and greatly increased development aid—around €2 billion in 2011-16. Member states such as Germany, Italy and France followed suit with enhanced bilateral programmes. In addition to projects to support the fight against terrorism and the establishment of effective state structures, policy initiatives for the promotion of disadvantaged regions were expanded.

Against the background of both a soaring budget deficit and current account deficit, reaching a record 6.1 per cent and 9 per cent, respectively, in 2017, in co-operation with the International Monetary Fund, the EU has provided macro-financial assistance to Tunisia of the order of €800 million per year. This comes however at the price of deregulation and an external liberalisation of the Tunisian economy, imposed upon the government by the IMF with the approval of the EU.

The EU wants to advance the external opening of Tunisia’s economy with its prestige project of a bilateral free trade agreement—the Deep and Comprehensive Free Trade Area (DCFTA), initiated in 2015. The Association Agreement of 1995 had already led to a situation in which around 93 per cent of EU exports to Tunisia and 97 per cent of Tunisian exports to the EU were traded duty- and quota-free.

With the DCFTA, the EU wants to remove the remaining trade restrictions, particularly in agriculture and food. In addition, the negotiations focus on the opening of Tunisian services markets, as well as the adoption of EU legislation with regard to intellectual property rights, sector regulations, state aid and public procurement. Investment from the EU would be stimulated by removing investment barriers and extending investors’ rights.

Given the scale of Tunisia’s integration with the EU market (accounting for 60 per cent of bilateral trade and 70 per cent of foreign direct investment in the country), promoting beneficial economic relations with the EU is of great importance. But the liberalisation measures proposed by the EU would risk worsening Tunisia’s economic crisis. The removal of tariff barriers for agricultural goods would affect small farmers in particular, with negative effects on rural incomes, employment and the position of women.

In a recently published report and policy brief, we estimate an income loss of around 0.5-1.5 per cent of gross domestic product (GDP) under a scenario of full liberalisation. Opening up to EU suppliers could lead to cost savings in public procurement but this would also undermine its important role in supporting the local economy of peripheral regions.

Though the adoption of EU legislation would reduce transaction costs for Tunisian exporters, its implementation would be a heavy burden for the government and the private sector. We estimate that a comprehensive harmonisation of standards would lead to a reduction in Tunisian national income of around 0.9 per cent of GDP. Besides, regulatory harmonisation would need technical and financial support, to which the EU has not yet committed. Finally, the disciplines on investment, state aid and procurement envisaged would curtail much-needed economic policy space.

In return, the EU has so far not made any commitments on issues of importance to the Tunisian side. These include, first, the simplification of rules of origin for the apparel industry, the country’s most important export sector. A switch to the so-called ‘single transformation rule’ would increase competitiveness, as it would allow companies to source fabrics globally. But the EU has not reacted positively, since its own textile industries and those of Turkey are the main sources for textile imports to Tunisia under current rules-of-origin regulations.

Second is reform of the EU quota system for the export of Tunisian olive oil, of which it is the largest exporter to the EU. It shields EU producers by limiting the export of Tunisian olive oil to 56,700 tons per year. Thanks to the quota, exports to the EU aree in bulk and the marketing of more profitable, branded and bottled, oil is impeded. The EU has so far not responded to requests to remove or even increase the quota, or that it be more liberally managed.

Finally comes facilitated market access for Tunisian service providers. Tunisia has an emerging ICT sector, based on a well-trained young workforce, which would benefit strongly from increased business with the EU. Short-term mobility for service workers to the EU is crucial to secure orders and to be able to deliver contracts efficiently. The facilitation of entry for business visits to the EU is, therefore, key. With separate negotiations on a visa-facilitation agreement advancing slowly, however, no significant progress has been made.

While the EU has provided considerable support to Tunisia’s political transition since 2011, it is now pushing a trade agreement which would have negative economic impacts and impose high adjustment costs on its partner. Although in Tunisia there is in principle sympathy for intensified relations with the EU, frustrations with respect to the DCFTA are widespread.

The EU thus needs to live up to its commitment to policy coherence for development. It must align its trade agenda with the overarching goal of the political and economic stabilisation of the young, and increasingly fragile, Tunisian democracy. This would require it to be responsive to short-term needs and to avoid overburdening the partner’s capacities with an extremely ambitious negotiation agenda.

Werner Raza is director and Jan Grumiller and Bernhard Tröster are researchers at the Austrian Foundation for Development Research (ÖFSE) in Vienna.