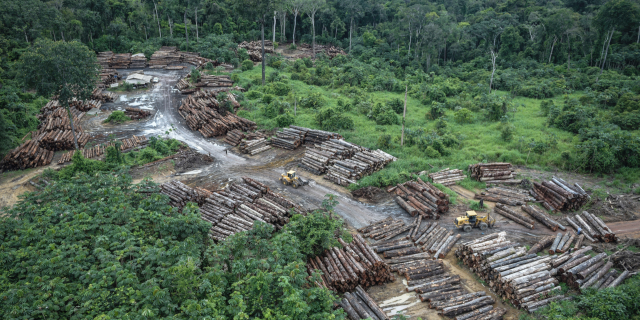 The European Commission has ignored its legal obligation to ensure the trade agreement with the ‘Mercosur’ group of South American countries will not lead to social, economic, environmental degradation and human rights violations, a new legal complaint highlights.

In June last year, the Commission announced that after more than 20 years of negotiation it had reached a trade agreement with the Mercosur countries of Argentina, Brazil, Paraguay and Uruguay – combined the fifth largest economy outside the EU, with an annual GDP of EUR 2.2 trillion.

But the organisations behind the complaint have warned that the Commission did not have enough information to properly consider the deal’s potential impact on issues such as the deforestation of the Amazon rainforest, use of dangerous pesticides in farming or rights of indigenous population when negotiating it.

“Trade deals should only be struck when they will have a positive impact and, most importantly, will not have negative environment and social impacts.

“By failing to consider this, the European Commission is essentially turning a blind eye to the potential impact trading with these South American countries will have on Brazilian rainforests and indigenous rights.” The submitted complaint details how the Commission failed to complete a sustainability impact assessment before negotiations ended and only published a draft report four months after the deal was struck, making the purpose of the process meaningless and any participation from civil society impossible.

Furthermore, NGOs said the report was weak and its content proved the Commission lacked sufficient and appropriate information to ensure sound, transparent and facts-based policy choices during the negotiations.

Van Den Berghe added: “The Commission says it intends to pursue a trade policy ‘based on values’ and should not conclude free trade agreements without knowing if it could encourage the violations of these values.

“Such agreements must be based on independent impact assessments, conducted on time so that they can inform negotiations in a meaningful, inclusive and transparent manner.

“On top of this, the Commission’s failure to ensure appropriate participation from civil society constitutes maladministration.”

Gaelle Dusepulchre, permanent representative of the International Federation for Human rights to the EU (FIDH) said:

“The EU Ombudsman has previously concluded that the Commission’s refusal to carry out a human rights impact assessment constituted maladministration. We deplore that this previous position has not been followed by action

“It’s vital that previous decisions are acted upon, to both empower civil society and ensure the EU is held accountable in regard to its constitutional founding principles.”

With over 260 million consumers and an annual GDP of 2.2 trillion euros, the Mercosur is the fifth largest economy outside the EU.

If the process is successful, the trade agreement will be the largest concluded by the EU for the population concerned (780 million people) and one of the largest in terms of the volume of trade covered (40 to 45 billion euros of imports and exports).

The deal should encourage exports by European companies in the automotive, chemical, pharmaceutical and clothing sectors and offer them increased access to the public markets of Mercosur states. In exchange, Mercosur-based companies would benefit, in particular in the agri-food industry, from larger outlets on the European market for their production, including beef, poultry, sugar/ethanol, etc.

• 1999:Talks between the EU and Mercosur countries began. • 2009: First sustainability impact assessment published. • 2010: Negotiations restarted following a suspension of talks. Negotiations gained new impetus in 2016. • 24 January 2018: consultants issued the Sustainability Impact Assessment inception (SIA) report, followed by stakeholder consultations. • April 2018: European and international NGOs sent a joint open letter, calling on the Commission to ensure “the ongoing sustainability and human rights impact assessments of the EU-Mercosur free trade agreement are conducted in a comprehensive and participatory way and that their findings are taken into account before concluding the negotiations, according to the rules set out in the Commission’s handbook for trade sustainability impact assessments and article 21 of the Treaty on the European Union”: • 28 June 2019: EU and Mercosur announced political agreement on the EU-Mercosur Trade Agreement, while the new SIA was still ongoing and the interim report had noteven been published. • July 2019: in a Q&A, the Commission explained that “Work is currently underway on a new a Trade Sustainability Impact Assessment (SIA) evaluating the economic, social, environmental and human rights impact of a trade agreement between the EU and Mercosur. An independent contractor is carrying out the study.” • 15 July 2019: Organisation of a Civil Society Dialogue by the Commission to debrief civil society organisations on the state of play and to exchange views on the topic. • 3 October 2019: publication of the SIA draft interim report (the “Draft Interim Report”) followed by stakeholder consultations. • November 2019 : contributions from the civil society on the “Draft Interim Report” • 9 February 2020: publication of the final interim report (the “Interim Report”), with a similar assessment as in the draft interim report.