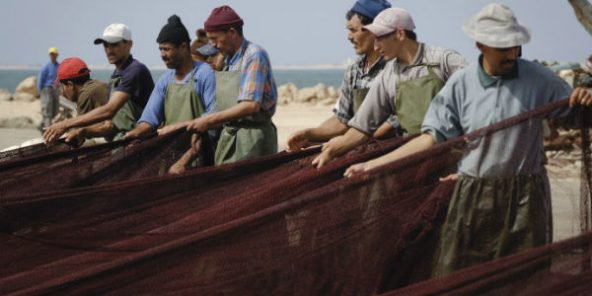 A fresh legal row may be brewing over the EU’s trade links with Morocco, after the two sides finalised a controversial new fisheries agreement, following almost three months of negotiations.

In a joint statement issued on July 20, the two sides said they had agreed on the content of a new sustainable fisheries agreement and that it would enter into force “as soon as possible”.

The most contentious element of the agreement involves Western Sahara – the territory which has been occupied by Morocco since the mid-1970s. Morocco’s claim is not internationally recognized and the United Nations says the area is a non-self-governing territory.

However, in a separate statement, the Moroccan government said it had “succeeded in including the Moroccan Sahara” in the agreement – using the name it prefers for the disputed territory. “Attempts by the opponents of Morocco to question this exclusive jurisdiction have been foiled and rejected,” the ministry added.

Nonetheless, the deal is likely to lead to some legal challenges, given that the European Court of Justice ruled in late February that a fisheries deal between Morocco and the EU – which expired on July 14 – could not include the waters off Western Sahara. The court ruled that, as it was not part of Moroccan territory, including Western Sahara in any arrangement would contravene international law.

Other European court rulings have reached similar conclusions about the validity of EU trade agreements with Morocco covering produce from Western Sahara.

Such rulings mean it is all but inevitable that the latest fisheries deal will face opposition during the ratification process and in the courts. The details of the new agreement remain unclear for now, but they will need to be ratified by the EU’s 28 member states as well as by the European Parliament.

"As no effort has been made to seek the consent of the people of Western Sahara, a new deal with Morocco for these waters will be illegal,” said Sara Eyckmans, coordinator for Western Sahara Resource Watch, a pressure group.

In April, the Polisario Front , the liberation movement for Western Sahara, said it planned to launch legal proceedings against the EU to stop it negotiating a new fisheries deal which would include Western Sahara waters. It is not clear if that action has commenced.