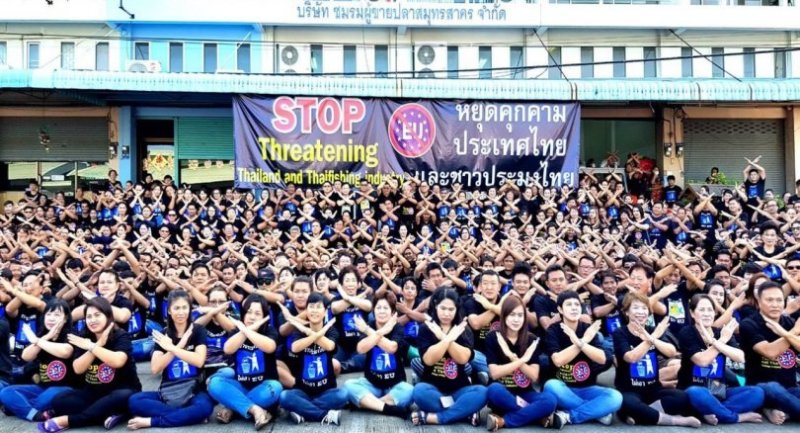 The Commerce Ministry and related state agencies have been ordered to speed up preparing free trade agreement (FTA) talks with the EU after the bloc recently agreed to resume political contact "at all levels" with Thailand, more than three years after suspending them in protest because of the military coup in Bangkok.

Deputy Prime Minister Somkid Jatusripitak said the government was told to map out an official visit to the EU by Thai delegates next year to strengthen the country’s relationship with EU nations, notably Britain and France.

"Next year will be an appropriate time to rehabilitate our relationship with the EU, both bilaterally and multilaterally, as well as resume Thai-EU FTA talks," Mr Somkid said. "I’ve already ordered the Commerce Ministry and related agencies to prepare the resumption of the talks."

He said he favours bilateral cooperation or strategic partnerships with individual EU nations rather than with the bloc as a whole.

The talks were suspended, however, after the May 22, 2014 military coup.

On Monday, the bloc said it had agreed to resume political contact at all levels with Thailand.

The bloc said developments in Thailand this year, including the adoption of a new constitution and a pledge by Prime Minister Prayut Chan-o-cha to hold elections in November 2018, made resumption of ties "appropriate".

But the EU repeated its call for the restoration of full democracy and said it was still concerned about harassment of human rights activists and the curtailing of free speech.

A meeting of EU foreign ministers in Brussels deemed it "appropriate to pursue a gradual political re-engagement with Thailand".

In 2016, the EU was Thailand’s fourth-largest trade partner, with two-way trade between Thailand and the EU totalling US$40.13 billion (1.30 trillion baht).

Thai exports to the EU amounted to $22.04 billion and imports were worth $10.08 billion. The EU’s investment in Thailand was estimated at $6.73 billion.

Poj Aramwattananont, vice-chairman of the Thai Board of Trade, said the decision by EU foreign ministers to resume political contact with Thailand, including FTA negotiations, is a good sign, possibly set in motion by progress on the illegal, unreported and unregulated (IUU) fishing issues.

He said the EU’s move probably boosts Thailand’s chances of seeing off the yellow warning card imposed by the European body in April 2016 after Thailand failed to properly address IUU fishing practices.

"Now is the time for the government to step up its pursuit of FTA talks with the EU, as many Thai goods have been deprived of the generalised system of preferences by the EU," Mr Poj said.