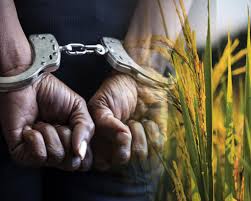 The Trade Negotiations Department is scheduled to propose a study of the long-awaited free trade agreement (FTA) with the EU and present the outcome of public hearings on the pact’s impact to the commerce minister by the middle of next month.

Director-general Auramon Supthaweethum said the department gathered comments, concerns and remedy proposals from the private sector, civil society and farmers at a forum on the planned Thai-EU FTA held yesterday.

"The outcome of all 12 public hearings held last year and comments on the latest forum as well as the final study will be proposed to the commerce minister by the middle of October," she said. "All vetting processes, including consideration of the international trade policy committee and the cabinet’s approval, should be concluded within this year. Later this year we will know whether Thailand is ready to open talks with the bloc."

According to Mrs Auramon, it remains too early to say how long talks between the two parties will take once they agree to open negotiations.

"Speed of the negotiations relies on the topics," she said. "There are lots of lingering concerns on the impact of the pact, particularly with regards to intellectual property, public procurement and the farm sector, which is required to comply with the International Union for the Protection of New Varieties of Plants 1991 requirements."

Thailand is not yet a signatory of UPOV 1991. Instead, the country has the Plant Varieties Protection Act, supervised by the Agriculture and Cooperatives Ministry.

The UPOV 1991 rules may call for Thailand to let other signatory countries make use of the seeds of plants native to Thailand for research and create new plant species and have them patented as their own and resell them to Thai farmers.

Farmers are not allowed to collect plant seeds to reproduce them in the next planting season, except for small cereals grown on farmers’ land just for subsistence.