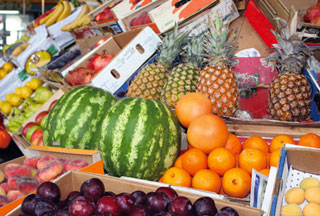 Peru and Colombia seek to export their agricultural products to Europe.

The European Union has reached a free trade agreement with Peru and Colombia in a bid to ease trade between the bloc and the two Latin American nations, an EU Commission spokesman says.

The European Commission held the ninth round of talks with the two South American countries over the past week.

"Yes there is an agreement," AFP quoted the spokesman as saying on Monday.

"The details will be published officially by the commission," a source close to the talks added.

By wrapping up the deal, the EU seeks to remove customs barriers and open up markets in Peru and Colombia to its industrial products, especially cars.

Peru and Colombia, on the other hand, are keen on boosting their export of agricultural products to Europe.

According to Brazilian authorities, the odds are high for the 27-nation bloc and Mercusor to reach an FTA in May.

Mercosur is a regional trade agreement among Argentina, Brazil, Paraguay and Uruguay.