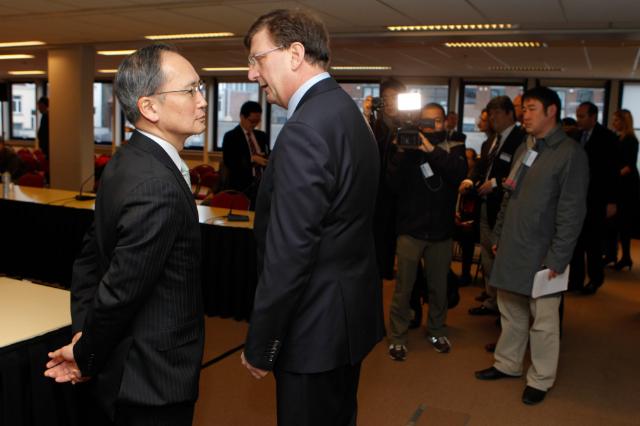 The 9th round of EU-Japan FTA talks took place from 23-27 February in Brussels. The meetings focused on further consolidation of the negotiating texts.

The round covered most of the areas to be included in the future agreement, namely tariffs, technical barriers to trade, access to public tenders, trade in services, rules on investment and sanitary and phytosanitary issues, regulatory cooperation, and transparency. A few other topics will be discussed during the inter-sessional phase at the end of March, for instance intellectual property rights.

The objective of this round was to further consolidate the negotiating texts and to advance the discussion on the list of non-tariff measures (NTMs) the EU transmitted to Japan last December. The talks were held in a very constructive spirit. The EU delegation was led by Mauro Petriccione, Deputy Director-General of DG Trade, and the Japanese delegation by Yasumasa Nagamine, Deputy Minister for Foreign Affairs.

The next round of negotiations will place in Tokyo at the end of April 2015.