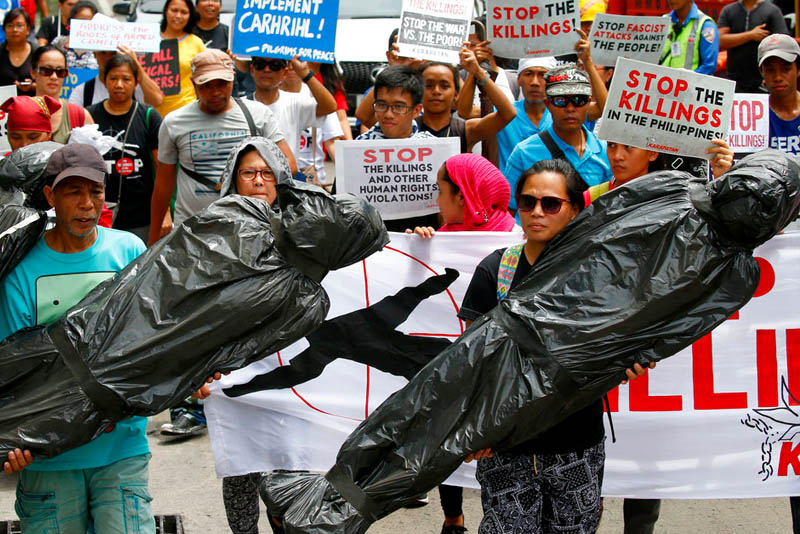 The delegation of the European Union to the Philippines said the next round of negotiations for a free trade deal would take place “when the conditions are right,” without explaining why there had been no progress since the last round of talks two years ago.

In an emailed statement, the delegation cited an EU report in 2018 that said that the government’s war on illegal drugs was a serious concern. Despite this, the statement clarified that the negotiations for a free trade agreement (FTA) “have not been suspended.”

The delegation said the priority of trade relations right now was on the correct implementation of several UN conventions, including that on human rights, a prerequisite to a trade perk it was extending to trading partners.

The trade perk is called the Generalized System of Preference Plus (GSP+). Since late 2014, the GSP+ status of the Philippines allowed the country to export more than 6,000 product lines to the EU bloc at zero tariff.

Sources familiar with the issue said the bloc had paused the FTA talks partly because of its concerns over how the Duterte administration was waging its war on drugs, which had already cost thousands of lives.

“The 2018 GSP+ report on the Philippines flagged that the government’s war on illegal drugs was ‘a serious concern’ for the European Union,” the statement said, citing the report of the European Commission to the European Parliament last year.

“In fact, given developments in the country, for the European Union, the priority of EU-PH trade relations is currently on the correct implementation of the 27 UN conventions on human rights, labor rights, environment and good governance, which are at the basis of the EU GSP+ scheme,” it added

“As regards the FTA process, it is a fact the EU-PH FTA negotiations have not been suspended. Never have the EU Commission or the Council adopted any decision to that effect,” the statement said.

“The next round will take place when the conditions are right and at a mutually agreed time,” it concluded.

The delegation did not clarify what it meant by right conditions. The European Union and the Philippines had so far met only twice for formal negotiations, with the first round held in May 2016 and the second in February 2017.

The political relationship between the European Union and the Philippines has become complicated under the Duterte administration, especially on the divisive topic of human rights.

As Duterte cursed at the bloc, the Philippines had also rejected foreign aid from the European Union, amounting to millions of euros. At one point due to a misunderstanding, Duterte even told EU member-state ambassadors to leave the country.

An FTA covering a wide array of trade and investment issues could take years to make. A deal could significantly help increase EU investments in and trade with the Philippines, especially since the region is one of its most important economic partners.

Moreover, an FTA would be a step up from the existing arrangement the Philippines enjoys with the European Union under the GSP+.