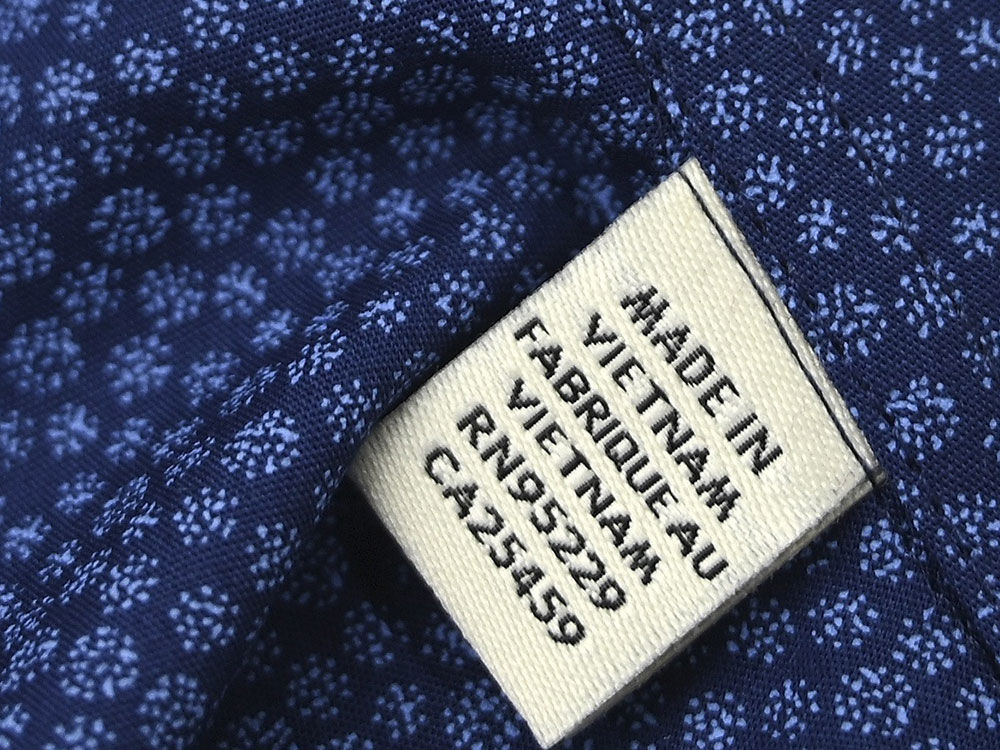 The European Parliament voted on February 12 to accept a free trade agreement (FTA) with Vietnam, a monumental deal that will cut almost all tariffs on exports from one of Southeast Asia’s fastest growing economies.

The trade deal, eight years in the making, has simultaneously been criticized for rewarding a one-party state that is among Asia’s serial human rights abusers while making virtually no demands on Hanoi to improve its record.

By an overwhelming vote of 401 in favor to 192 against with 40 abstentions, the European Parliament pushed the pending trade agreement over its final hurdle in Brussels. It now must be approved by Vietnam’s National Assembly in Hanoi, which is all but a certainty, according to observers.

The free trade agreement, known by the acronym EVFTA, will see 99% of all tariffs on Europe-bound Vietnamese exports dropped by 2035, though the majority of those taxes will be phased out in the next few years.

Europe is already one of Vietnam’s largest export markets, with bilateral trade in goods worth around US$52 billion in 2018.

Vietnam’s Ministry of Planning and Investment predicts the new deal will boost gross domestic product (GDP) by 3.25% by 2023, and then by 5.3% until 2028. The ministry also estimated last year that revenue from exports to the EU will surge 20% in 2020.

The FTA will also be a boon for European investors looking to capitalize on Vietnam’s impressive economic growth and favorable position as an alternative to China for their supply chains. According to European Union (EU) figures, the bloc’s exports to Vietnam will expand by almost $9 billion per year by 2035.

The deal introduces requirements for Hanoi to create a more level playing field for European firms, especially in competition with Vietnam’s protected state-run enterprises, while laying out new mechanisms for commercial disputes and litigation. 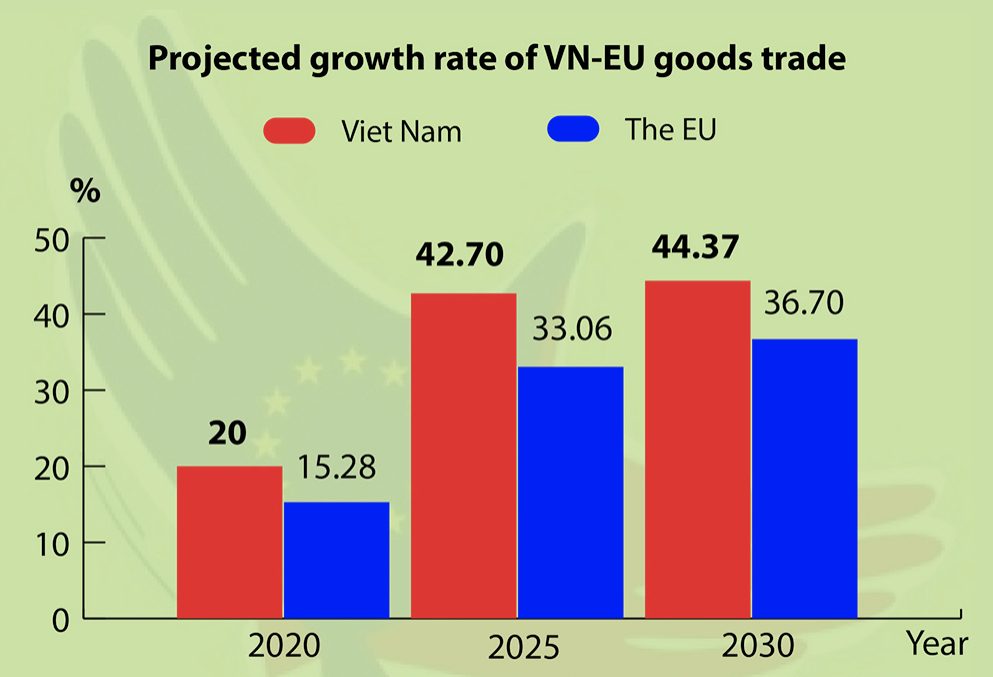 Many of these terms are found in the EVFTA’s corollary investment agreement, which will take longer to be ratified as it must be approved by each EU member state.

However, the EVFTA has been controversial since talks began in 2012. Freedom House last year gave Vietnam a score of 20 out of 100 for political freedoms, one of the worst records in Asia.

Since 1975, the Vietnamese Communist Party has ruled with an iron fist, with political repression worsening significantly since 2016. Rights groups estimate that Vietnam now holds more than 200 political prisoners, many on bogus anti-state charges.

The content of the agreement is “problematic”, says Anna Cavazzini, a member of the European Parliament (MEP) and spokesperson on trade for the Greens/European Free Alliance group.

“Firstly, the agreement contains special rights for investors, which we reject,” she said. “Secondly, legally enforceable sustainability standards are still nowhere to be found. In order to achieve our climate objectives, we need a fundamentally different trade policy.”

Dozens of nongovernmental organizations (NGOs) signed a letter addressed to the European Parliament earlier this month urging it to “vote for postponing Parliament’s consent to the deals until the Vietnamese government agrees to meet concrete and verifiable benchmarks to protect labor rights and human rights.”

The only substantial change Vietnam’s Communist Party agreed to is new allowances for the formation of independent trade unions, which previously had to belong to a state-run confederation.

At the same time, the EVFTA contains no conditions for when this measure must be achieved, nor penalties for failing to do so, according to the same NGO statement sent to the European Parliament this month.

The EU has never suspended a FTA with any country over human rights concerns, while Vietnam has enjoyed preferential trade terms with the EU for years and has not faced any meaningful censure for its abysmal rights record.

When Vietnam signed the now-defunct, US-backed Trans-Pacific Partnership (TPP) in 2016, it agreed to improve labor rights by 2021, yet little change occurred.

Moreover, Hanoi would have likely made these changes to labor rights without the EVFTA, as they are also a condition for Vietnam’s participation in the 11-member Comprehensive and Progressive Agreement for Trans-Pacific Partnership, the TPP’s successor that does not include the US.

The European Parliament’s Committee on Foreign Affairs noted in December that the EC, the body in charge of negotiating the EVFTA, “did not carry out a human rights impact assessment on the [trade deal], though requested to do so by Parliament.”

It also chafed at the deal for focusing “on only a certain range of rights,” and called for “human rights to be included in a more comprehensive way, accompanied by a mechanism to ensure their effective enforcement.”

Ironically, the EU also announced on February 12 that it will partially remove its preferential trade privileges for Cambodia, Vietnam’s neighbor, in punitive response to that country’s democratic backsliding.

Yet, however much Cambodia’s politics has deteriorated in recent years, it is still far more progressive than Vietnam, one of the worst rights abusers in Asia and an intractable one-party state.

Geert Bourgeois, the EU’s rapporteur for the EVFTA, said that when it comes to democracy and human rights “the glass is not full” but that the trade pact will serve as a “lever to improve the situation.”

Bourgeois took over the role of rapporteur in December after the position’s previous occupant, a Czech MEP, was forced to resign under a cloud because of his connections to a pro-Hanoi Vietnamese organization in Europe.

Yet there is no guarantee that the EVFTA will give the EU much leverage to push for reform in Vietnam. The US has seen its influence over Vietnam grow considerably over the last decade as Hanoi seeks a counterbalance to China’s rising power, yet Hanoi’s human rights record has only worsened