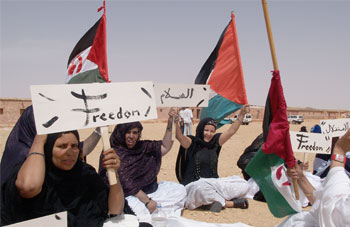 The European Union promised on Tuesday to maintain a farm deal with Morocco, seeking to reassure Rabat that the accord was not endangered by an EU court ruling that the country’s trade accords do not apply to the disputed Western Sahara region.

European Commission President Jean-Claude Juncker and EU foreign policy chief Federica Mogherini made their pledge to Morocco’s Deputy Foreign Minister Nasser Bourita in Brussels, a day after Rabat threatened to end economic ties with the bloc if there was any change to the accord.

"Appropriate measures would be taken where necessary to secure the implementation of the free-trade agreement for processed agricultural products and fishery products between the European Union and Morocco," the EU said in a statement.

An EU official said the bloc had not changed its position, despite the European Court of Justice ruling in December that deals involving trade of agricultural products and fisheries between the EU and Morocco did not apply to Western Sahara.

Western Sahara, which has significant phosphate reserves and offshore fishing, has been contested since 1975 when Spain, the former colonial power, withdrew. Morocco fought a 16-year war with the Polisario group, which established a self-declared republic there.

The European Union is seeking a political solution acceptable to Western Sahara and to Morocco, while respecting United Nations principles, the EU official said.