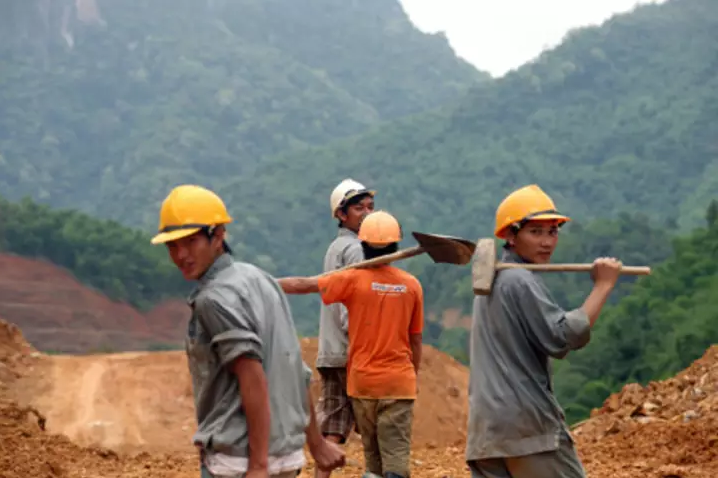 On the 2nd of December 2015, after almost three years and 14 rounds of negotiation, President Donald Tusk, President Jean-Claude Juncker and Prime Minister of Vietnam Nguyen Tan Dung announced the conclusion of the negotiations on the EU-Vietnam Free Trade Agreement (EVFTA). The EVFTA is a new-generation free trade agreement between Vietnam and the EU. On the 26th of June 2018, the EVFTA was split into two separate agreements: the Free Trade Agreement (EVFTA) and the Investment Protection Agreement (EVIPA). In August 2018, the EU and Vietnam completed the legal review of the EVFTA and the EVFTA requires ratification by the European Council as well as the consent of the European Parliament, while the EVIPA required additional ratification by parliaments of each individual EU Member State.

On the 30th of June 2019, EU Commissioner for Trade Mrs. Cecilia Malmstrom, together with the Romanian Minister for Business Mr. Stefan-Radu Oprea, representing the EU, signed the EVFTA and EVIPA in Hanoi, together with H.E. Prime Minister Nguyen Xuan Phuc and Vietnamese Government leaders. The Prime Minister expressed his belief that the European Parliament, parliaments of EU Member States, and the Vietnamese National Assembly will soon ratify the EVFTA and EVIPA. Both Trade and Investment agreements were endorsed by the European Parliament on the 12th of February. The EVFTA was approved by the EU Council on 30th of March 2020, thus the implementation of the EVFTA is therefore imminent if the Vietnamese National Assembly gives its approval at its May session, meaning that an entry into force early this summer is possible for the EVFTA. It will take more time for the EVIPA to enter into force because this agreement is subject to the endorsement of the Member States’ parliaments.

Both agreements are expected to bring significant advantages for enterprises, employees, and consumers in both the EU and Vietnam. Vietnam’s GDP is set to increase by 10-15 percent while exports are predicted to rise by 30-40 percent over the next 10 years. Meanwhile, the real wages of skilled labourers could rise by up to 12 percent, with salaries of common workers increasing by 13 percent. Once the EVFTA has entered into force, and once Government policies and institutional reforms begin to take effect, Vietnam’s business activities will boom. However, challenges still remain. In this chapter, EuroCham’s Legal Sector Committee will raise the issues relevant to their particular industries and make specific recommendations in order to address these concerns.

The EVFTA is the most comprehensive and ambitious trade and investment agreement that the EU has ever concluded with a developing country in Asia. It is the second agreement in the ASEAN region, after Singapore, and it will intensify bilateral relations between Vietnam and the EU. Vietnam will have access to a potential market of approximately 446 million people and a total GDP of US$13,918 billion.

Meanwhile, exporters and investors from the EU will have further opportunities to access to one of the largest and fastest-growing countries in the region. According to a report released in early 2017 covering 134 cities worldwide, Hanoi and Ho Chi Minh City are ranked among the top 10 most dynamic cities due to their low costs, rapid consumer market expansion, strong population growth and transition towards activities attracting significant amounts of FDI. According to the World Bank, Vietnam has one of the fastest-growing economies in the world — 7.1% GDP growth in 2018, and 6.7% at the mid-point of 2019. To put that in perspective: Vietnam’s GDP is growing at almost twice the rate of the USA.

In addition, Vietnam has the fastest-growing middle class in the region. It is predicted to almost double in size between 2014 and 2020 (from 12 million to 33 million people). Vietnam’s super-rich population is also growing faster than anywhere else, and there is no doubt that it will continue to rise over the next ten years.

Nearly all customs duties – over 99 percent of the tariff lines – will be eliminated. The small remaining number will be partially liberalised through duty-free quotas. As Vietnam is a developing country, it will liberalise 65 percent of the value of EU exports to Vietnam, representing around half of the tariff lines, at entry into force. The remaining duties will be eliminated over the next ten years. This is an unprecedented, far-reaching tariff elimination for a country like Vietnam, proving its aspiration for deeper integration and trading relations with the EU.

Meanwhile, the EU agreed to eliminate duties for 84 percent of the tariff lines and 71 percent of its trade value for goods imported from Vietnam immediately at the entry into force of the EVFTA. Within 7 years from the effective date of the EVFTA, more than 99 percent of the tariff lines will have been eliminated for Vietnam. This is a wider reduction compared with the 95 percent of the tariff lines that the former TPP countries offered to Vietnamese imports. In the ASEAN region, Vietnam is the top country exporting goods to the EU. However, the market share of Vietnam’s products in the EU is still small. As a result of the EVFTA, the sectors set to benefit most are main export sectors that used to be subject to high tariffs from the EU including textiles, footwear, and agricultural products. The EU is also a good point for Vietnam to reach other further markets.

Vietnam will benefit more from the EVFTA compared with other such agreements, since Vietnam and the EU are considered to be two supporting and complementary markets. In other words, Vietnam exports goods that the EU cannot or does not produce itself (i.e. fishery products, tropical fruits, etc.) while the products imported from the EU are also those Vietnam does not produce domestically, including machinery, aircraft and high-quality pharmaceutical products.

With better market access for goods from the EU, Vietnamese enterprises could source EU materials, technology, and equipment at a better quality and price. This, in turn, will improve their own product quality and ease Vietnam’s burden of over-reliance on its other main trading partners.

The EVFTA is considered as a template for the EU to further conclude FTAs with other countries in the ASEAN region with the aim of concluding a region-to-region FTA once there is a sufficient critical mass of FTAs with individual ASEAN countries. This process could take about 10-15 years. Thus, Vietnam should take advantage of this window of opportunity before FTAs with others in the region are concluded and take effect to become a regional hub.

Although Vietnam’s WTO commitments are used as a basis for the services commitments in the EVFTA, Vietnam has not only opened additional sub-sectors for EU service providers, but also made commitments deeper than those outlined in the WTO, offering the EU the best possible access to Vietnam’s market. Sub-sectors that are not committed under the WTO, but under which Vietnam has made commitments under EVFTA, include: Interdisciplinary Research & Development (R&D) services; nursing services, physiotherapists and para-medical personnel; packaging services; trade fairs and exhibitions services and building-cleaning services.

When these services reach international standards, Vietnam has a chance to export high-quality services, resulting in not only an increase in export value but also export efficiency, thus helping to improve the trade balance.

Vietnam has one of the highest ratios of public investment to GDP in the world (39 percent annually from 1995). However, until now, Vietnam has not agreed to its Government procurement being covered by the Government Procurement Agreement (GPA) of the WTO. Now, for the first time, Vietnam has undertaken to do so in the EVFTA.

The EVFTA commitments on Government procurement mainly deal with the requirement to treat EU bidders, or domestic bidders with EU investment capital, equally with Vietnamese bidders when the Government purchases goods or requests a service worth over the specified threshold. Vietnam undertakes to follow the general principles of National Treatment and Non-discrimination. It will publish information on intended procurement and post-award information in Bao Dau Thau – Public Procurement Newspaper – and information on the procurement system at muasamcong.mpi.gov.vn and the official gazette in a timely manner. It will also allow sufficient time for suppliers to prepare and submit requests for participation and responsive tenders and maintain the confidentiality of tenders. The EVFTA also requires its Parties to assess bids based on fair and objective principles, evaluate and award bids only based on criteria set out in notices and tender documentation and create an effective regime for complaints and settling disputes. These rules require Parties to ensure that their bidding procedures match the commitments and protect their own interests, thus helping Vietnam to solve its problem of bids being won by cheap but low-quality service providers.

Government procurement of goods or services, or any combination thereof, that satisfy the following criteria falls within the scope of the EVFTA Government Procurement rules:

Investment disputes now could be settled under the EVIPA. In disputes regarding investment (for example, expropriation without compensation or discrimination of investment), an investor is allowed to bring the dispute to the Investment Tribunal for settlement. To ensure the fairness and independence of the dispute settlement, a permanent Tribunal will be comprised of 9 members: 3 nationals each appointed from the EU and Vietnam, together with 3 nationals appointed from third countries. Cases will be heard by a 3-member Tribunal selected by the Chairman of the Tribunal in a random way. This is also to ensure consistent rulings in similar cases, thus making the dispute settlement more predictable. The EVIPA also allows a sole Tribunal member where the claimant is a small or medium-sized enterprise or the compensation of damaged claims is relatively low. This is a flexible approach considering that Vietnam is still a developing country.

In case either of the disputing parties disagrees with the decision of the Tribunal, it can appeal to the Appeal Tribunal. While this is different from the common arbitration proceeding, it is quite similar to the 2-level dispute settlement mechanism in the WTO (Panel and Appellate Body). We believe that this mechanism could save time and cost for the whole proceedings.

The final settlement is binding and enforceable from the local courts regarding its validity, except for a five-year period following the entry into force of the EVIPA (please refer to further comments in the Legal Sector Committee’s chapter on Judicial Recourse).

The EVFTA and EVIPA, once ratified by Vietnam, will create sustainable growth, mutual benefits in several sectors and be an effective tool to balance trade relations between the EU and Vietnam. Vietnam is making continuous efforts and progress to meet the high standards set out in the two FTAs and is currently offering greater opportunities for foreign businesses in preparation for the FTAs’ finalisation. It is now time for foreign investors to start their business plans and grasp the upcoming clear opportunities.