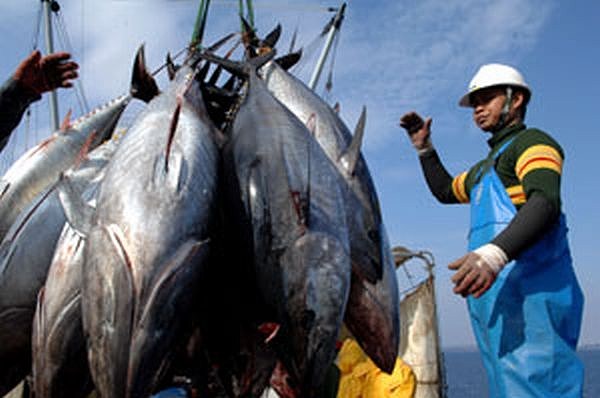 The European Union and Japan are close to sealing one of the largest trade agreements ever, a deal that could further isolate the United States as President Trump forges a protectionist path.

The deal, which brings together two giants encompassing a quarter of the world’s economy, would be a potent symbol of free trade during a time of populist backlash over globalization.

The agreement would give both parties better access to core industries like cars and machinery, while laying down new rules for resolving investment disputes and removing structural barriers to trade, according to a partial draft of the agreement obtained by The New York Times.

The deal, which is expected to be signed in the coming weeks, also reaffirms the two powers’ commitment to the Paris climate accord, abandoned by the Trump administration this month.

The negotiations have hinged on some everyday — and quintessentially European — items.

Europe is seeking a rollback in Japan’s high tariffs on food imports, which include 30 percent on imported cheese, 10 percent on chocolate and 9 percent on canned tomatoes. Japan is pushing Europe to eliminate a 10 percent tariff on Japanese automobiles. Final changes to tariffs were being laid out in appendixes and were not in the partial draft.

The draft deal showed a softer stance on environmental issues, such as illegal timber and overfishing, compared with other recent trade negotiations like a stalled Pan-Asian pact that involved the United States and Japan. The approach has raised concerns that a retreat from the trade arena by the United States — which under President Barack Obama was a champion of environmental causes — is damping the willingness of other countries to tackle contentious topics.

The European Union-Japan trade talks, which began in 2013, could still hit last-minute stumbling blocks. Any deal must still be ratified by national and some regional parliaments across the European Union and by the Japanese Legislature.

In the current trade environment, political interests can easily override economic advantages. A major trade deal between Canada and the European Union was almost derailed by a group of dairy farmers in the Wallonia region of Belgium.

The partial draft of the deal between the European Union and Japan was first obtained by the environmental group Greenpeace, which shared the document with The Times, the German public broadcaster ARD and the Süddeutsche Zeitung newspaper.

The Japanese Foreign Ministry declined to comment on the documents, but it said in a statement that “a broad agreement is within reach.” Foreign Minister Fumio Kishida is preparing to work out the final details with Cecilia Malmstrom, the European trade commissioner, and a deal could be announced as early as next week, according to the Japanese public broadcaster NHK.

The European Commission would not comment on the document. In an emailed statement, the commission said, “The negotiators are now in permanent contact at all levels to conclude an agreement as soon as possible.”

“In the current international environment, an ambitious E.U.-Japan deal would send a powerful signal to the rest of the world that two of the largest economies are resisting protectionism and that openness to trade and investment remains one of the best tools to harness and shape globalization and create more economic growth and jobs,” the statement said.

The rest of the world is moving ahead with trade alliances as the Trump administration pushes a nationalistic “America first” agenda. Mr. Trump has called for higher tariffs in a broad defense of American manufacturing jobs against low-cost imports.

Just days into his presidency, Mr. Trump pulled the United States out of the 12-nation Trans-Pacific Partnership deal brokered by his predecessor, as he declared an end to the era of big multinational trade agreements. While Commerce Secretary Wilbur Ross has said the United States is open to reviving its own stalled trade talks with Europe, Mr. Trump has seemed wary, complaining on Twitter of America’s “massive” trade deficit with Germany.

“It puts the U.S. on the back foot,” said Joshua P. Meltzer, a senior fellow at the Brookings Institution and a former senior trade negotiator for Australia. Under Mr. Obama, he said, American businesses were on their way to improving their positions in the Asian and European markets.

“But now, the E.U. is managing to move more quickly,” he said, with substantial benefits. European farmers, for example, could gain better access to the lucrative Japanese market. “It shows the world doesn’t stand still,” he added.

European leaders have been filling the void as the United States pulls back. In February, the European Parliament ratified a deal with Canada. Chancellor Angela Merkel of Germany in particular has emerged as a leading proponent of open trade in the face of populist leaders calling for protectionist measures.

While Japan and the European Union have been negotiating for years, Japanese officials have been eager to pick up the pace at trade talks in the aftermath of Mr. Trump’s decision to leave the Pan-Pacific trade deal. They have similarly pushed to keep that deal going despite Washington’s absence.

The prospect of a tough-on-trade Trump administration has given “extra impetus to the negotiations,” said André Sapir, a senior fellow at Bruegel, a research organization in Brussels. “Clearly, Trump is a further incentive for countries that started negotiations before to say ‘now we want to accelerate.’”

America’s nationalistic stance could also leave the door open for China to further its trade diplomacy. China, the world’s second-largest economy after the United States, has been pursuing its own ambitious deal with 16 countries in Asia and the Pacific, including Japan, an enormous group with more than three billion people.

With a combined economic output of roughly $20 trillion, the deal between the European Union and Japan would create a trading bloc roughly equal in size to the North American Free Trade Agreement. Nafta includes the United States, Canada and Mexico and is now the world’s largest free trade zone. Mr. Trump has also vowed to renegotiate that deal.

Environmental groups worry that the deal between Europe and Japan falls short on a number of issues, including curbing the illegal timber trade and tackling overfishing. The European Union, as well as the United States under Mr. Obama, has sought commitments related to the environment and labor as part of trade deals.

The draft deal’s provisions on the control of the trade in illegal timber are significantly weaker than those in the Pan-Asian pact. As part of the T.P.P., Japan, which has been criticized by forestry groups for its relatively lax timber laws, agreed to adopt new laws to tackle the trade in illegally harvested wood. The draft of the deal between Japan and the European Union is less specific, saying that the two parties “recognize the importance” of the issue.

The draft deal omits any requirements on rolling back government subsidies for fisheries, blamed by experts for the chronic overfishing that has depleted or seriously exploited 70 percent of the world’s fish species. Japan, the world’s largest consumer of fish, committed in the T.P.P. to phasing out its domestic subsidies of the fishing industry. The draft deal includes no such provision.

Mr. Meltzer of the Brookings Institution agreed that the draft deal’s environmental terms were “much weaker” than those in previous trade talks, like the T.P.P. “There’s a lot less substance in this agreement,” he said.