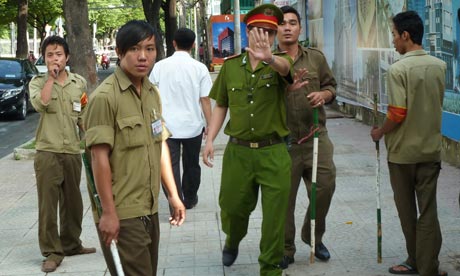 European Ombudsman, Ms O’Reilly, concluded on 26 February 2016 that the Commission’s refusal to carry out a human rights impact assessment constituted maladministration. FIDH and its member organisation Vietnam Committee on Human Rights (VCHR) welcome this historic decision, which follows a complaint filed by our organisations to the Ombudsman’s office against the European Commission’s handling of the EU-Vietnam Free trade agreement (FTA).

The European Parliament, which has to ratify this agreement, invited tomorrow FIDH and Ms O’Reilly to expose their view on this case. FIDH will call on the Members of the European Parliament (MEPs) to take their responsabilities and to ensure the agreement respects the EU’s human rights obligations.

“The Ombudsman’s decision is a concrete step in the right direction to ensure the EU complies with human rights in its trade and investment policies. It must be considered and supported by MEPs.”

It clarifies that the human rights impact assessment should be made before the agreement is concluded, in order to influence the negotiations, and that they have to achieve some minimal requirements. In stating the latter, the Ombudsman referred expressly to the Guidelines on the analysis of human rights impacts in impact assessment for trade‐related policy initiatives adopted in July 2015. The Ombudsman insists on the fact that, in the end, the EU must seek to prevent negative effects of trade and investment agreements by modifying some of its specific provisions when needed and by deciding on mitigating measures before its conclusion.

Importantly, the Ombudsman explicitly rejected the European Commission’s arguments that a legal link to the human rights clause in the FTA and the use of other traditional tools like dialogue and development cooperation were sufficient to comply with the EU’s human rights obligations. The Ombudsman pointed out that she "does not believe that it is sufficient to develop a range of general policies and instruments to promote human rights compliance while at the same time concluding a Free Trade Agreement which may, in fact, result in non‐compliance with human rights requirements".

“The Ombudsman’s decision sets an important precedent, and the European Parliament should use it to press for stronger human rights guarantees before signing the FTA with Vietnam. The EU should make the Human Rights Impact Assessment an obligatory prerequisite to all trade and investment agreements, to ensure that countries seeking commercial relations with the EU cannot benefit from preferential trade or investment relations on the back of violations of their people’s rights”

FIDH and VCHR view this decision as the consecration that human rights in trade policies are a matter of concern by themselves, and cannot be dealt with by soft diplomacy, technical advice and financial allowances. This calls for a revision of the proposed agreements and the enhancement of human rights protection mechanisms. As of today, the draft FTA, which is submitted to the Parliament’s signature, only mentions human rights in its preamble and does not provide clear and enforceable obligations for the parties and investors to respect international human rights law. This is not in line with the EU’s legal obligations with regards to human rights. The EU should remedy to the lack of human rights requirements, and should set up of a human rights monitoring and a complaint mechanism for populations whose human rights may be affected by the investment and trade agreements.

As the debate on the draft treaty takes place in the EP, human rights violations are escalating alarmingly in Vietnam. While in 2015 and during the FTA negotiations, the government has reduced criminal prosecutions of human rights defenders to avoid criticism, at the same time, physical assaults, harassments and repression against human rights activists by Security forces has increased. Scores of bloggers, labour and land rights activists, religious followers, members of ethnic groups and human rights defenders remain in jail. Freedoms of opinion, expression, association, assembly and religion are severely restricted, and Vietnam is adopting new legislation to further curb these rights, including new laws on Belief and Religion, Access to Information, Association and Demonstrations. The Criminal Code, revised in 2015, increases certain penalties for human rights defenders and maintains vaguely-worded “national security” provisions that grossly violate Vietnam’s international treaty. There is no independent media in Vietnam, no free trade unions, and independent civil society organizations are fiercely repressed.