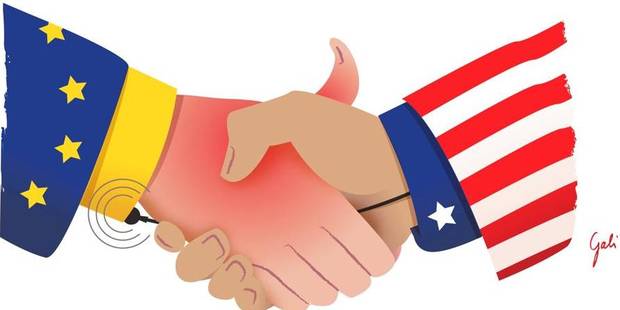 European Parliament calls for suspension of US data-sharing

The European Parliament has called for a suspension of agreements with the US on sharing of private data in response to the revelations of wide-scale communications surveillance by the US National Security Agency. The resolution passed by MEPs also threatens to suspend EU talks on a bilateral trade deal if the mass surveillance does not stop. The resolution, passed in a vote of 588 for, 78 against and 60 abstentions, follows a six-month inquiry into the NSA allegations revealed by former government security contractor Edward Snowden.

The Parliament recommends the EU suspend immediately its Safe Harbour agreement with the US, which allows non-EU companies to transfer personal data on EU residents to the US. An agreement on sharing data on banking customers should also be suspended, according to the resolution’s recommendations, and the MEPs want any new data allowances excluded from the bilateral trade talks.

The current rules on the transfer of personal data do not sufficiently protect EU residents, and the US should propose new rules that meet the EU’s tougher requirements, the Parliament said. The Terrorist Finance Tracking Programme (TFTP) agreement should also be suspended until allegations that US authorities have access to EU citizens’ bank data outside the agreement are clarified, MEPs insisted.

The text also calls for a European whistle-blower protection programme, paying particular attention to the complexity of whistleblowing in the intelligence field. EU countries are also asked to consider granting whistleblowers international protection from prosecution.

Furthermore, the Parliament reiterated calls from leaders such as German Chancellor Angela Merkel for Europe to develop its own cloud and IT infrastructure, including security and encryption technologies, to ensure a high level of data protection. EU states suspected of working with US intelligence authorities, including the UK, France, Germany, Sweden, the Netherlands and Poland, were also called on to clarify the allegations of mass surveillance, including potential agreements between intelligence services and telecoms operators on access to and exchange of personal data and access to transatlantic cables, and their compatibility with EU laws, the resolution says. In addition, EU states were urged to review their national laws to ensure that their intelligence services are subject to parliamentary and judicial oversight and that they comply with fundamental rights obligations.