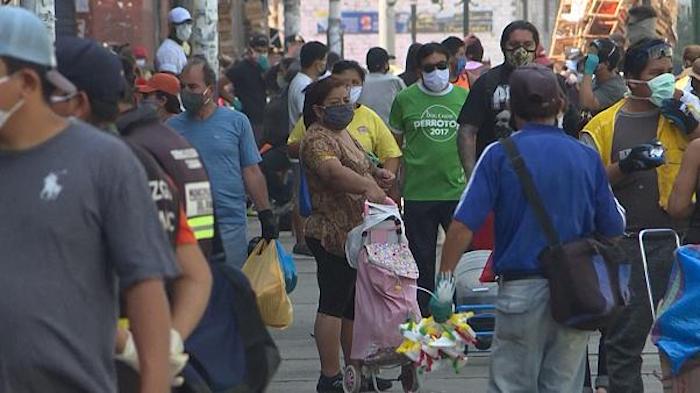 Countries could soon face a ‘wave’ of multi-million dollar lawsuits from multinational corporations claiming compensation for measures introduced to protect people from COVID-19 and its economic fallout, according to a new report.

Researchers have identified more than twenty corporate law firms offering services to mount such cases, which would seek compensation from states for measures that have negatively impacted company profits – including lost future profits.

Measures that could face legal challenges include the state acquisition of private hospitals; steps introduced to ensure that drugs, tests and vaccines are affordable; and relief on rent, debt and utility payments.

Lawmakers across Europe have condemned the activity described in the report, with one describing such activity as an “attack on democracy”.

The research, co-published by the Transnational Institute (TNI) and Corporate Europe Observatory (CEO), draws on statements from firms’ legal briefings, client alerts and webinars – and outlines a list of what it calls “ten particularly heinous litigation scenarios developed by some of the busiest law firms.” ‘A parallel justice system for the rich’

Over 1,000 known investor-state lawsuits have been filed over the past 25 years, in what the researchers describe as “a parallel justice system for the rich”. Many of these disputes followed actions taken by countries during times of crisis, such as the Argentine financial crisis in the early 2000s and the Arab Spring in the early 2010s.

Commenting on the findings, Caroline Lucas MP said: “Many of us have warned for years that investor-state dispute settlement mechanisms are extremely dangerous, and here is yet more damning evidence.

“Public money should go towards protecting public health and people’s livelihoods, not towards lining the pockets of greedy multinational corporations and their lawyers.”

Among the law firms named in the report is US-based Shearman & Sterling. In 2014, it secured the largest award in the history of investor-state arbitration after suing the Russian government for $50 billion on behalf of shareholders of the oil and gas firm Yukos.

In a recent briefing on COVID-19, the firm says that it “stands ready to advise states and investors alike in relation to the government measures that have been or will be adopted in the context of the COVID-19 pandemic.”

Measures highlighted include rent forgiveness and the suspension of energy bill payments. “While helping debtors, these measures would evidently impact creditors by causing loss of income”, Shearman & Sterling warns.

It continues: “measures ostensibly taken to deal with a serious problem but otherwise disproportionally affecting certain businesses… may be inconsistent with international law.”

Emergency measures taken to protect public health could also be in the firing line. In Spain and Ireland, private hospitals have been taken over by public healthcare systems, while the US government has ordered companies to produce ventilators and other medical equipment.

Lawyers from Quinn Emanuel, the world’s largest law firm devoted to business litigation and arbitration, whose clients include ExxonMobil and Koch Industries, state that investors in the healthcare industry could “have indirect expropriation claims if turning over control was involuntary”. They also say that companies that have been compelled to produce medical supplies could sue for “unlawful indirect expropriation” if they believe adequate compensation is not provided.

Other potentially “heinous” scenarios cited in the report include cases brought against states for action taken to provide clean water for handwashing, and for failing to prevent social unrest. ‘Sacrificing citizens for business’

“Use of investor-state lawsuits is an attack on democracy in any circumstance. But the fact that corporations are considering suing governments over measures taken to protect human health, in the midst of a pandemic, is truly appalling.

“However they dress it up, such a mechanism still provides corporations with the power to sue governments that implement policies that may impact on their expected future profits, and be awarded damages.”

Manon Aubry, MEP for La France Insoumise, said: “Investment protection treaties give multinational corporations the certainty that, whatever happens, states will guarantee their profits above all else, including the general interest.”

“We urgently need to get out of these treaties that would have us sacrificing citizens to protect nefarious business models, from big pharma to fossil fuel industries, even in times of crisis.”

A spokesperson for Shearman & Sterling said that the briefing referred to in the research makes it clear that states have “a duty (and a right) to protect public health and their economy” as well as “a broad latitude to deal with crises” under international law. They also said that Shearman & Sterling acts on behalf of states as well as investors in investment treaty disputes, and has won a number of landmark victories on behalf of states. The firm is also engaged in extensive pro-bono work related to COVID-19 issues.

Quinn Emanuel did not reply to our request for comment.