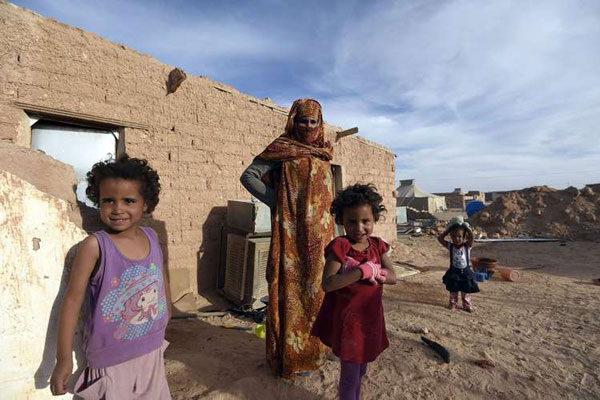 The European Court of Justice is due to hear a case on Tuesday (19 July) examining the EU’s role in facilitating exploitation of Africa’s last colony by one of Europe’s close allies.

The General Court in Luxembourg last year outlawed a lucrative deal facilitating trade in agricultural produce between Morocco and the EU. The court found the Council was too meek when it came to ensuring the deal did not hurt the right of Sahrawis - the people of Western Sahara - to decide over and profit from the resources in their territory.

Morocco illegally annexed the land south of its border in 1975 and has kept it under military control ever since.

International law says an occupying power can only exploit natural resources if that benefits and is in accordance with the wish of the conquered people. Third parties also have to ensure that they do not enter any deal that goes against this principle.

The case was brought by Polisario, the national liberation movement of the Sahrawi people, which celebrated the verdict.

Morocco replied by breaking off diplomatic relations with the EU. These were only resumed after EU foreign policy chief Federica Mogherini came to Rabat and declared the case would be reconsidered.

Amidst Moroccan wrath - the government launched an attack on EU justice, questioning the independence of EU judges and calling the ruling ”highly political” and ”against international law” - the European foreign service (EEAS) worked with its Moroccan counterpart throughout spring to prepare the EU Council’s appeal.

But the EU high representative failed to clarify on what legal basis Morocco was involved, when prompted by a group of MEPs .

The agricultural agreement has also remained in force, pending the outcome of the appeal.

Member states side with Morocco

The appeal is to be heard before a grand chamber of 15 judges, marking its importance. They have agreed to fast-track the judgment, which is expected before the end of the year.

Five member states - Belgium, France, Germany, Portugal and Spain - have asked to speak before the court.

Officially, they question the case on technical grounds.

Polisario, they say, does not have the right to stand before the EU court, among other technical objections.

Unofficially, the countries may have other reasons to act.

France is Morocco’s main ally in the EU and the UN.

Many agricultural companies in the occupied Sahrawi territory belong to French nationals. Most exports from occupied Western Sahara pass through Perpignan, in southern France.

Spain - which remains the formal administrative power in Western Sahara, according to the UN and Spanish courts - is the main beneficiary of a fisheries agreement with Morocco, which is also facing a court challenge.

Belgium and Germany signed readmission agreements for Moroccan nationals on the same day they announced they would intervene on Rabat’s behalf.

Sweden, which also supported Rabat’s appeal, says that any ruling would be worth more if it was upheld by a higher court.

The case has shed light on the contradictions of EU policy on occupied territories in general, and Western Sahara in particular.

In theory, the EU does not recognise the occupation of Western Sahara, but the degree of this non-recognition is much weaker than in the case of Crimea or Palestine, as shown by a comparative parliamentary study.

EU formally recognises that Morocco holds the land illegally, but its position is largely restricted to quiet support for a UN solution to the problem (which is largely being blocked by Morocco and France).

Both the Council and the European Commission acknowledged before the general court that Morocco occupied Western Sahara - a fact that will not be challenged in the appeal.

But if EU judges upheld their earlier verdict, it would strain EU relations with one of its closest allies.

Most Sahrawi people have fled the occupied territory and live in refugee camps in the Devil’s Garden - a desert in southern Algeria, where the temperature recently reached 57 degrees.

Morocco built a 2,700 km long sand wall surrounded by millions of land mines to keep them there. Refugees are dependent on foreign aid for food, clothing and building materials.

Those who stayed in occupied Western Sahara reportedly suffer from arbitrary arrests, torture, and infringements of the right of speech, association and assembly, the UN recent said in a special report .

The US excludes products from Western Sahara from its trade agreement with Morocco.