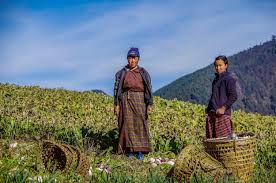 FTA with Bhutan within a month: Munshi

Bangladesh will sign a free trade agreement (FTA) with Bhutan within the next one month in a bid to increase bilateral trade with the landlocked country in the Eastern Himalayas, Commerce Minister Tipu Munshi said yesterday.

"After that, FTAs will be signed with several other countries in phases. Already, negotiations with those countries, including Indonesia, have come a long way," said Munshi.

The commerce minister made these comments while addressing a virtual workshop styled, ’Covid-19 and international trade issue: policy options for promoting Bangladesh’s exports’, organised by the Economic Reporters Forum (ERF) in association with RAPID Bangladesh and Asia Foundation.

Global trade and commerce have suffered greatly due to the ongoing coronavirus pandemic and Bangladesh is no exception even though the country’s economy has moved forward based on its strong foundations, he said.

However, once the Covid-19 crisis comes to an end, Bangladesh’s economy will recover in time, the minister added.

"Therefore, better days wait for us ahead," Munshi said, adding that the time has come to take advantage of new global trade opportunities brought about by the coronavirus fallouts.

"We have to work together to take advantage of this opportunity. Soon there will be a lot of changes and competition in the international market," the commerce minister said.

Referring to Japan’s decision to move a number of its companies away from China, Munshi said that now is as good a time as any for Bangladesh to expand its reach in the international market.

A taskforce led by the incumbent commerce secretary has been formed to ensure the quick implementation of the government’s decisions amid the ongoing pandemic, he added.

Although he hopes that the Covid-19 crisis will abate by the end of the year, the pandemic could provide Bangladesh with great opportunities in domestic and international trade, according to Munshi.

Meanwhile, Shams Mahmud, president of the Dhaka Chamber of Commerce and Industry (DCCI), urged the government to update policies related to foreign direct investment (FDI) in a bid to attract more financing in the post Covid-19 era.

Diversifying the country’s exports is not possible without the government’s support in the light engineering sector, Mahmud added.

Former DCCI president Abul Kashem Khan stressed the need to conduct research on how to remove the weaknesses of FDI generation and export diversification.

He also said world trade will witness massive changes after the end of the Covid-19 pandemic.

"We need to stop over-relying on China for raw materials for the export sector," he said.

Mohammad Abdur Razzaque, chairman of RAPID Bangladesh, in a presentation said the actual impact of the pandemic on Bangladesh’s GDP is not clear yet while economic disruptions have led to various socio-economic consequences.

According to him, though exports were badly hit, June’s export earnings were much higher than anticipated.

Fiscal 2019-20 was particularly a usual year for Bangladesh’s exports, he added.

As of total economic losses in terms of value-addition, Razzaque said $9 billion to $21 billion could be lost by June 2020.

The Covid-19 fallouts have cost the world economy $3.8 trillion, or 4.3 per cent of total global GDP of $88 trillion.