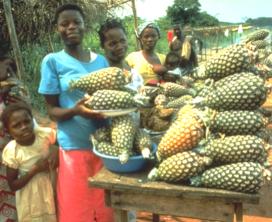 Ghana is in discussions with the Turkish Authorities for a free trade agreement to ensure unimpeded access to each other’s market.

Dr John-Hawkins Asiedu, Minister Counsellor and Commercial at Ghana Embassy in Turkey, said while some of the agreement would be immediate, others would be from five to 10 years.

Already, Ghana Standard Authority and Ghana Free Zones Board had signed a Memorandum of Understanding with counterpart agencies in Turkey to help in capacity building to improve on their partnership.

Dr Asiedu was speaking to journalists on the sidelines of the 83rd Izmir International Fair in Turkey, aimed at offering businesses and investors across the globe the opportunity to market their products to the international business community, especially those from Asia and Europe.

Ghana Export Promotion Authority (GEPA) has facilitated the participation of 14 Ghanaian exhibitors in the Izmir International Fair, which ran from August 29 to September, 2.

Turkey is the 24th largest supplier of imports to Ghana. In 2013, the country supplied imports worth $150.2 million, representing about 1.3 per cent of total imports.

Ghana on the other hand exported goods worth $87.7 million to Turkey, accounting for 0.75 per cent of total exports.

Dr Asiedu said Ghana’s exports to Turkey were dominated by gold and cocoa beans, which accounted for 97 per cent of exports in 2013.

“A large proportion of imports from Turkey are construction materials such as cement clinkers, quicklime, iron and steel bars and rods,” he added.

He said despite the large fall in key imports in 2013, exports of gold and cocoa, fell even further by $135.1 million, causing a large current account deficit of $62.5 million in trade with Turkey in 2013.

He mentioned that Ghana exported small quantities of non-traditional exports to Turkey, indicating that in 2013, the country exported pineapples to Turkey for the first time.

The companies were drawn from the pharmaceutical, food and beverages and the cosmetics industries of the economy.

The Izmir Fair is one of the oldest trade shows in Turkey and is considered the cradle of Turkey’s fair and exhibition industry.

It is characterised as a multi-product exhibition and therefore displays a wide-range of products and services.