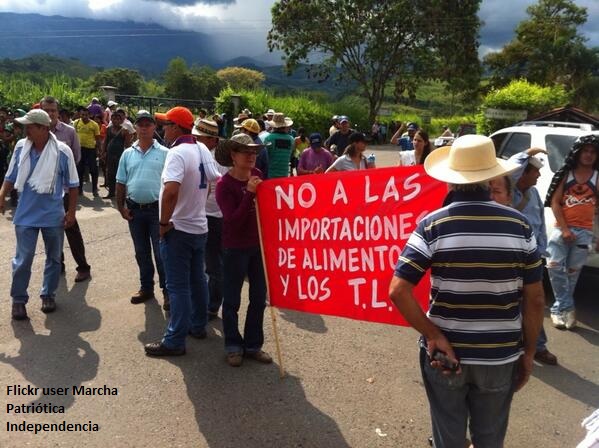 Pleas to the Government to hold off ratifying a trade deal that could ruin some of the world’s most vulnerable farmers are being ignored.

Aid agencies and human rights groups want Ireland to stall on signing the EU free trade agreement with Colombia which they say will put that country’s oppressed agricultural communities in peril and undermine its fragile peace process.

Ireland is the only country left to sign the agreement which Karol Balfe, human rights adviser at Christian Aid Ireland, said would cause a flood of agricultural imports from the EU.

She said it would also mean more land being used by multinationals for large- scale production of export crops such as biofuel, which has damaged the ecosystem and helped displace millions of small farmers.

The displaced farmers, or campesinos, have been caught up in 50 years of guerrilla, militia and drugs wars in Colombia and are to the forefront of pushing the human rights agenda. Despite formal talks on peace and land reform in Colombia, more than 70 human rights defenders were murdered there last year alone.

Ms Balfe said Ireland offered the last chance to force the EU to review the agreement and she urged the Government to at least hold a full Dáil debate on it.

“Peasant movements, farmers movements and civil society organisations are all saying this is not the time to increase trade links with Colombia when it’s at such a critical moment of the peace negotiations and reform.”

Yesterday (Sunday) marked the fourth anniversary of the arrest of prominent human rights defender David Rabelo who has been in jail since on a trumped up murder charge.

Enterprise Minister Richard Bruton has said concerns for social and human rights are flagged in the deal. Replying to queries, his department said only: “Minister Bruton intends to seek the necessary approval of Dáil Eireann for ratification by Ireland of the EU Colombia/Peru Free Trade Agreement before the end of 2014.”