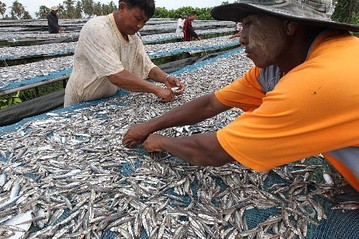 Govt readies for US deal

COMMERCE MINISTER Apiradi Tantraporn yesterday said problems between Thailand and the United States could be thrashed out in ongoing negotiations on a trade and investment partnership known as the Trade and Investment Framework Agreement (TIFA).

She said senior officials from the two sides had held a meeting in Bangkok yesterday.

Her comments came after US President Donald Trump on Friday sought to push his crusade for fair trade and reclaiming manufacturing jobs for the US by ordering a study into the causes of US trade deficits with 16 trade partners, including Thailand.

Pimchanok Wonkhorporn, director of the Trade Policy and Strategy Office, said the Commerce Ministry was reviewing sensitive areas of trade issues with the US, including “intellectual property, tax incentives and non-tariff barriers”.

Trump directed the Commerce Department and US trade representative to conduct a 90-day review of the causes of massive US trade deficits. The review will study the effects of abuses, such as the dumping of products below cost, unfair subsidies, manipulation of currencies and non-reciprocal trade practices.

Apiradi said she would hold discussions with the Thai and American business communities in Bangkok soon in order to prepare for trade negotiations with the Trump administration.

Thailand and the US agreed to start free-trade talks under the TIFA at the Asia-Pacific Economic Cooperation trade ministers’ meeting in 2002, but negotiations made little progress.

Meanwhile, Nopporn Thepsitha, president of the Thai National Shippers’ Council, expressed concern about the impact of Trump’s trade policy on Thai exports. He said the government and exporters would have to prepare to explain Thai trade issues to the US.

“What concerned me the most is that the image of Thai products in the US market could be tarnished in the eyes of consumers, should they be misled into believing that Thai traders cheat their counterparts,” said Nopporn.

He suggested that all groups of major exporters – including automobiles and parts, textiles and clothes, and fishery products – would have to review their trade practices with the US.

Nopporn said that although he was not too worried about the issue, Thailand must nevertheless prepare for the worst-case scenario. He also urged the government to move on a free-trade agreement with the United States.

Pipat Luengnaruemitchai, assistant manager director at Phatra Securities, said most major products including electronics, rubber products and seafood are labour-intensive industries in which the US was not competitive – so the chances that the US would impose punitive tariffs on Thai goods were small.

“The US, however, might, raise the issue of the inadequate protection of intellectual property rights including drug patents. The US may also again accuse Thailand of not doing enough about labour and human rights,” said Pipat.

Teerana Bhongmakapat, an economist at Chulalongkorn’s Faculty of Economics, shared Pipat concerns, saying that the US could raise any reason to use as a bargaining chip against Thailand.

“The US U-turn on its policy from free trade to trade-targeting may have an impact on the Thai economy and global economy should the US take actions, and other trade partners retaliate or adopt the same policies,” Teerana said.

Finance Minister Apisak Tantivorawong said the impact on Thailand would be minimal because Thailand had a small trade surplus. The US is likely to target China, which has the largest trade surplus with the Americans, he said.

Nattaporn Jatusripitak, adviser to the Office of the Prime Minister, said concerned parties including the Commerce Ministry, Bank of Thailand, the Federation of Thai Industries and the Thai Chamber of Commerce would soon meet to work out trade issues with the US.

source: The Nation
Thailand TIFA US
Subscribe to bilaterals.org weekly