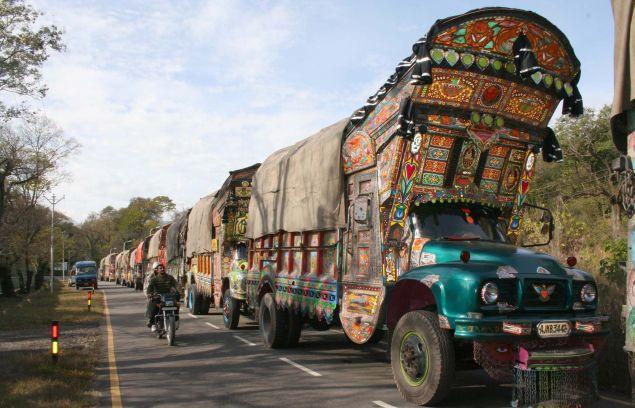 ISLAMABAD: The government on Tuesday decided to review all existing preferential trade pacts through which Pakistan conducts its trade on preferable terms with other countries on bilateral basis.

The review will be conducted through multiple means of stake-holders’ consultations and analysis of trade data available. The decision was taken in a high level meeting headed by Commerce Minister Khurram Dastgir Khan.

Pakistan’s trade balance deteriorated further following signing of preferential trade agreements with China, Malaysia and Indonesia. The trend was attributed to ‘ineffective, ill-planned negotiations’ of the ministry of commerce with trading partners in the region.

The data compiled by the ministry shows that Pakistan’s exports did not grow in comparison to imports from these countries. “Pakistan already had trade deficit with these countries but the preferential trade treaty aggravated the trade imbalance,” the source in the ministry of commerce informed.

An official statement issued after the meeting said the decision to review PTAs will help provide clear guidelines to the policy makers on which the country will negotiate further trade agreements.

Now Pakistan is in the process of negotiating FTAs with Thailand, Turkey, South Korea and Iran, which will broaden the trading opportunities for Pakistani businessmen, the minister said.

The meeting noted that Pakistan’s trading partners have negotiated bilateral and multilateral trade pacts with other countries thus securing greater market access. It also observed that the demand for enhanced market access should arise from the domestic industry.

Mr Khurram said trade agreements compel local industries to modernise and diversify in order to compete in the international market besides providing better choice of products to the local people. Pakistani industries should also expand and remodel themselves at the international standards, he added.

In this connection, Pakistan and China have already held several rounds to revise the FTA which was implemented in July 2007. China entered into several bilateral and regional FTAs, which blunt Pakistan’s edge in the biggest market in the world.

Pakistan has urged China to revive preferential treatment to ‘Made in Pakistan’ under the second phase of the FTA.

Pakistan and Malaysia have signed comprehensive FTA on November 8, 2007, which became effective from January 1, 2008.

In case of the Pakistan-Malaysia FTA, the revenue cost of exemptions to Pakistan is estimated at Rs1.674bn in the year 2015-16.

Pakistan and Indonesia have signed PTA on February 3, 2012. The PTA became operational in September, 2013.

No tangible growth was witnessed in exports to countries like Iran, Mauritius, Sri Lanka but Pakistan suffered a revenue loss to the tune of Rs1.250bn in the year 2015-16.