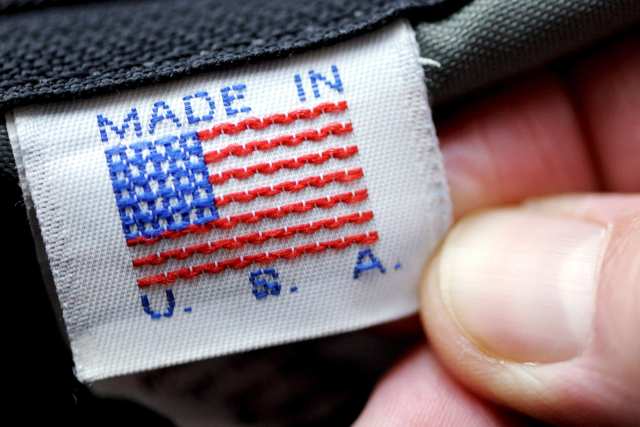 One of the main sticking points has been “Buy America” clauses that block European companies from participating in the bidding process for some US government contracts.

No TTIP deal this year

The German economics ministry is pouring cold water on the idea that a trans-Atlantic free-trade deal can be reached by the end of this year, Handelsblatt has learned, despite Chancellor Merkel’s insistence to the contrary.

German Chancellor Angela Merkel and U.S. President Barack Obama’s goal of ironing out a trade agreement between the United States and the European Union by the end of the year has “no basis” in reality, according to Handelsblatt’s sources in the German economics ministry.

Negotiators in Brussels and Washington haven’t finalized a single chapter of the Transatlantic Trade and Investment Partnership, or TTIP, according to an internal ministry report obtained by Handelsblatt.

Europeans and Americans have “fundamentally different views” on a whole host of questions and entire issue areas haven’t even been addressed yet, according to the report.

So far, there hasn’t been an agreement on one of the 27 to 30 chapters that could comprise a TTIP treaty in the end.

One of the main sticking points has been “Buy America” clauses that block European companies from participating in the bidding process for some U.S. government contracts.

The refusal by the United States to compromise and open its public procurement process to more European competition has been the “biggest hurdle” in the negotiations, according to the report.

Negotiators also haven’t come any closer to an agreement on what type of tribunals should adjudicate disputes between investors and governments. The United States has pushed for private tribunals called investor-state dispute settlement courts.

Though such tribunals are a common feature of modern trade agreements, the European Union views them as a threat to democratic sovereignty and has proposed a permanent public court that would include an appeals system. The U.S. side has rejected the E.U. alternative as unacceptable.

Negotiations on country-of-origin labels and customs on agricultural products have also proven “particularly difficult,” according to the report.

“Fourteen rounds of negotiations have taken place,” the authors of the report wrote. “So far, there hasn’t been an agreement on one of the 27 to 30 chapters that could comprise a TTIP treaty in the end.”

Though the negotiators have drafted a number of so-called “consolidated texts,” these documents represent nothing more than the “written offers” of each side. The consolidated texts have “no bearing on the possibility of an agreement on content.”

The ministry sources also essentially accused the German chancellor of spreading false hope. Ms. Merkel and her advisors don’t know the current status of the negotiations and speak abstractly when they talk about reaching an agreement this year, the sources said.

The chancellor, like other E.U. leaders, has maintained that she wants to reach an agreement before President Obama leaves office in January 2017.

There has long been strong grassroots opposition to TTIP in Germany over concerns that a trade deal will undermine consumer, labor and environmental protections. Populist sentiment against trade deals has also played a prominent role in the U.S. presidential election campaign.

The future of TTIP after Mr. Obama leaves office is “unclear and unforeseeable” given the critical comments both presidential candidates have made about trade agreements, according to the report.

It seems the best Washington and Brussels can hope for is a political agreement on principles and intent before Mr. Obama leaves office.

The skepticism expressed in the report isn’t limited to just a few experts. Once a champion of TTIP, Economics Minister Sigmar Gabriel has backed away from the planned trade deal in recent months. In a recent interview with Handelsblatt, Mr. Gabriel cast doubt on the future of the negotiations.

“After three years of negotiations, results have to finally be achieved or there will have to be an honest appraisal of where the negotiations currently stand,” Mr. Gabriel told Handelsblatt.

If there isn’t progress on key questions, then “we in the federal government will have to make an honest evaluation,” he said.

The German business community, which by and large supports a trade deal, has criticized the government for failing to campaign aggressively for TTIP. Ulrich Grillo, president of the German Federation of Industries, accused Berlin of shirking its responsibility.

Though the German economics ministry has largely given up on reaching a deal this year, the European Union is pressing ahead.

E.U. Trade Commissioner Cecilia Malmström and U.S. Trade Representative Michael Froman plan to review the results of the negotiations in September. Ms. Malmström will then meet with Mr. Gabriel and the ministers from the other E.U. member states.

If Ms. Malmström and the ministers decide that a trade agreement is still feasible, the negotiations will move on to the highest political level in the European Union and the United States.

Even if the negotiations make it this far, it seems the best Washington and Brussels can hope for is a political agreement on principles and intent before Mr. Obama leaves office. His successor, whoever that may be, would then be left to finalize the trade agreement.