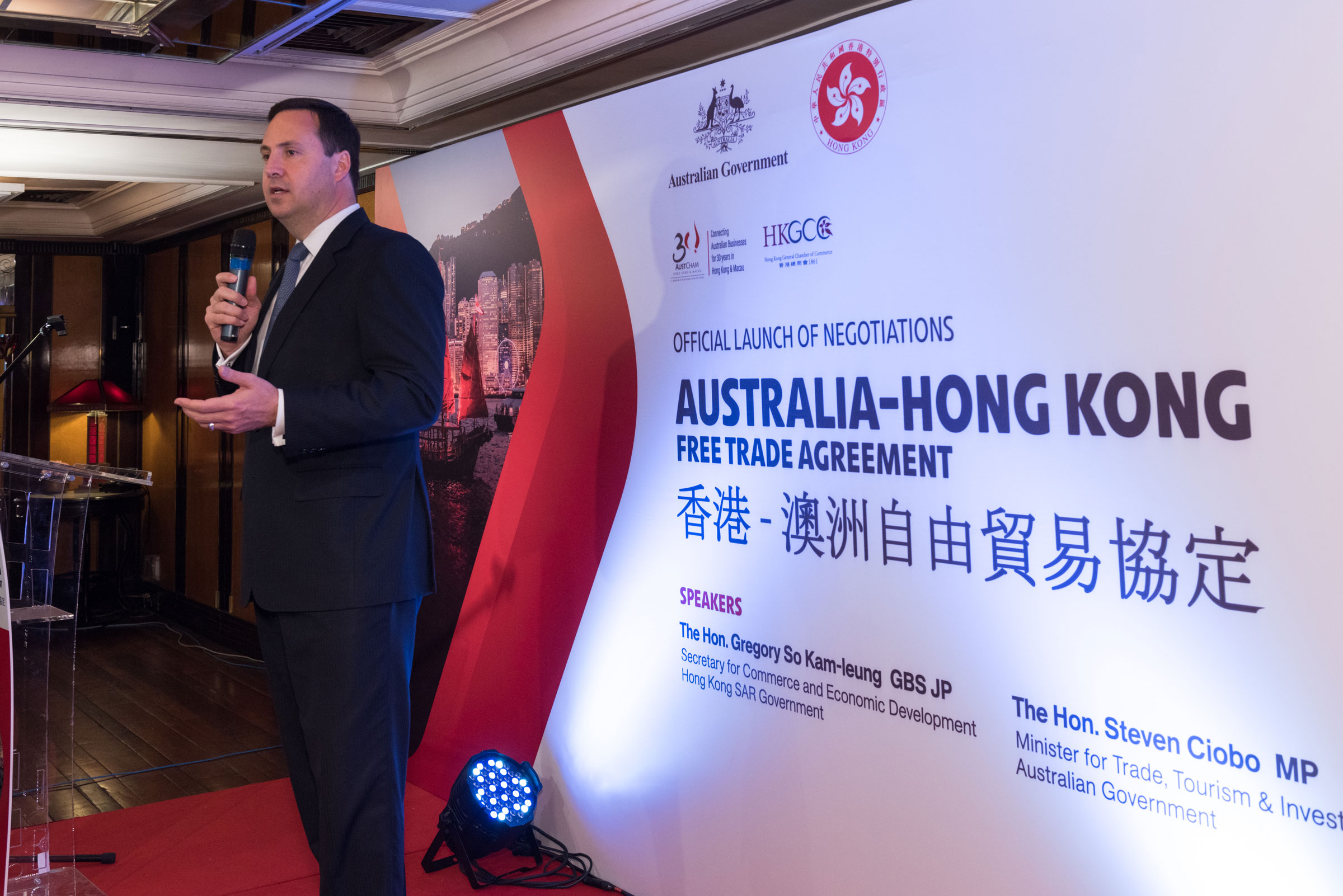 Foreign Minister Marise Payne has urged the Hong Kong government to show a "commitment to negotiation" to end months of protests, as she welcomed its decision to withdraw an extradition bill that mobilised millions of opponents.

Senator Payne said the Australian government wanted to see "proper dialogue" in Hong Kong to solve the dispute between authorities and the people, while keeping mainland Chinese police and military out of the matter.

But she said the unrest was no reason at this point to halt a free trade agreement between Australia and Hong Kong, despite warnings from federal legislators that the deal might be delayed by concerns over the treatment of pro-democracy demonstrators.

Hong Kong chief executive Carrie Lam has withdrawn the extradition bill and promised an inquiry into the activities of the police but has stopped short of meeting all five of the demands from pro-democracy activists.

The protesters also want an independent inquiry into the police, an amnesty for those arrested, an end to the government’s description of protests as "riots" and the transition to genuine democracy with universal suffrage.

Senator Payne said universal suffrage was a matter for Hong Kong but Australia welcomed the withdrawal of the extradition bill and Ms Lam’s proposal for an inquiry into the police.

"It is something that we absolutely welcome – we think it’s a very positive step towards responding to the concerns of the people of Hong Kong and I very much hope it contributes to opportunities to resolve the situation.

"That would include de-escalating activities, it would include the establishment of proper dialogue and a commitment to negotiation towards a lasting resolution."

One of the international experts named to the Hong Kong panel to review the police is the NSW government’s Law Enforcement Conduct Commissioner, Justice Michael Adams.

Senator Payne noted the movement of mainland Chinese troops on the border with the Hong Kong Special Administrative Region and emphasised Australia’s support for "one country two systems" and Hong Kong autonomy.

"We are following those developments very closely but what the Prime Minister and I have consistently said is to urge all sides to find a peaceful solution through dialogue. That does actually restore confidence in one country two systems," she said in an interview while travelling in Bangladesh.

"So in relation to those reports, senior officials in both Beijing and Canberra have expressed our concerns with the Chinese government.

"And we will do that when we need to and will certainly say that given Australia’s significant interest in Hong Kong, and our very large community and business presence there, we believe these matters are best handled by Hong Kong authorities."

Members of the treaties committee of federal Parliament said this week the treatment of protestors in Hong Kong would be a factor in their consideration of the FTA, which was signed in March but must clear the committee before it is ratified.

"We have been very clear that this will be an important addition to our FTA architecture in the region, that it is good for both Australia and Hong Kong and the region," Senator Payne said.

"Of course we will watch very closely the developments in Hong Kong but I don’t think at this point in time it’s a reason for the treaties committee not to adjudicate on the FTA.

"And the government will make its own decision on the progress to implementation."