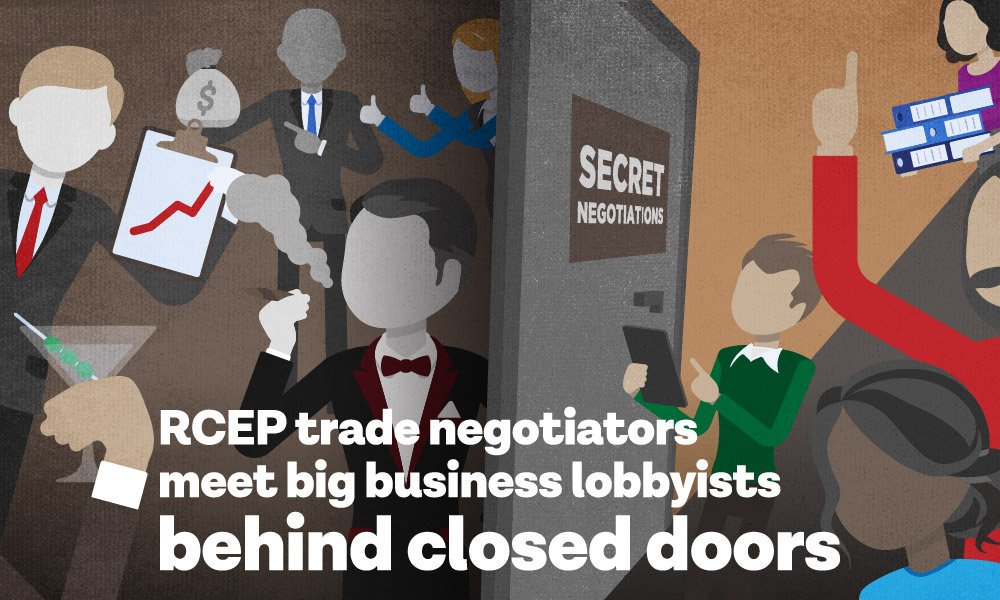 How consultative has India’s RCEP strategy really been? By Albertina Almeida

“Concluding RCEP [Regional Comprehensive Economic Partnership] this year is the region’s ‘collective interest and highest priority’”, trade ministers of the proposed pact are reported to have announced after their meeting in China in early August 2019.

India was interestingly not represented by trade minister Piyush Goyal, but by commerce secretary Anup Wadhawan. It has been reported that the last-minute withdrawal of Goyal’s presence in Beijing was possibly prompted by concerns raised by the Indian industry, during consultations with them, that China would wreak havoc in the domestic market with its cheap exports.

Besides being a signatory to the joint statement of RCEP trade ministers, Wadhawan later issued a statement that “India’s concerns regarding market access and other issues leading to imbalanced trade between some of the partner countries was specifically flagged during the meetings”.

However, in the bargaining between market access for foreign goods in India vis-à-vis access to Indians in professional services in foreign markets – and in the run-up towards proposed finalisation by November 2019 – the plank of democracy and due process on which these negotiations must take place is conspicuously missing.

In fact, RCEP is in the continuum of this undemocratic treaty-making, as many have noted. Legal researcher and policy analyst Shalini Bhutani, who has done extensive work on the impacts of Free Trade Agreements, points out that the practice of RCEP treaty-making negotiations continues to be at odds with the promise of the constitution, of a federal structure for governance in our polity.

Bhutani explains that there is wisdom and logic behind distributing decision-making powers across the state and local level to manage our affairs in such a vast and diverse society. In the exercise of executive power of treaty-making, be it regional treaties such as the proposed RCEP or the bilateral treaties (such as India-ASEAN), the treaty deals are struck by the Central government, or more particularly by the prime minister and the trade minister.

Around the same time as the RCEP trade minister meeting in Beijing, there was a gathering of representatives of several citizens’ groups and mass organisations of farmers and trade unions – at Delhi – who, after stock-taking, reaffirmed a categoric ‘no’ to RCEP, whose very foundation – of negotiation text intransparency – is in question for them. They say they have never been consulted, and continue not to be consulted, even as they are repeatedly knocking on the doors of various ministries.

The secrecy that shrouds global free trade agreements is mind-boggling, but this has extended to other forms of treaties as well. For instance, K.V. Biju, organising secretary of Swadeshi Andolan, and national convenor of Anti-FTA Committee, filed an application under the Right to Information Act, for details of India’s arbitration proceedings.

This was following London-based Vodafone conglomerate’s stated grievance about capital gains tax being levied in India for transfer of assets based in India from one foreign entity to another one operating in India. He was told that since the negotiations are on, the information could not be provided. In essence, the government has consented to subjecting disputes by investors against the host treaty country, through its bilateral treaties with the Netherlands and the UK, without even so much as a by your leave from the Indian people. There is little doubt that there needs to be more transparency surrounding the huge expenses inevitably incurred in these exclusive arbitration proceedings.

Earlier, a delegation of farmers led by the Indian Coordination Committee of Farmers Movements (ICCFM), had met the Union minister for fisheries, animal husbandry and dairying, Sanjeev Kumar Balyan, before the trade ministers’ meeting, with a memorandum seeking that agriculture and dairy be kept out of RCEP.

The minister reportedly assured them that milk imports would not be allowed and that all efforts would be made to put dairy on the negative list of the RCEP. While such dialogue is welcome, what the minister stopped short of saying is that there is no due process in place for ministries and departments to be consulted and for them in turn to consult the constituencies they are supposed to serve.

The ICCFM has in its memorandum drawn attention to the fact that India already has a Free Trade Agreement (FTA) with the 16 member-ASEAN, and that after signing of FTA, India’s trade deficit with ASEAN surged from $4.98 billion in 2010-11 to $9.56 billion in 2016-17.

“Like any other FTA negotiation, the RCEP negotiations completely lack any amount of transparency. No text has been made available to the public or to the sectoral groups who would be impacted by this trade deal, like the farmers, women, labour, health groups and neither were they consulted to assess the impact. In [the] last six years of negotiations, RCEP was never discussed on the floor of Indian parliament, nor was any state government consulted. The consultations are always limited to the business communities in the member nations,” the memorandum has lamented.

What various farmer groups are effectively asking is how India can decide that it will allow easier market access for New Zealand’s dairy products – in exchange for easier movement of workers and professionals – without consulting local dairy farmers and their cooperatives.

That all such information and more would surface and be factored if prior and informed consent processes were duly built-in, into the pre – and during – negotiation processes, is the inescapable conclusion.

So is it about organising a plebiscite on each FTA? Ranja Sengupta, a senior researcher at Third World Network, says that these treaties must be ratified by the parliament after taking the opinion of legislative assemblies by due process. Bhutani concurs and adds that public consultation must be institutionalised in a well-thought-out process ex-ante and ex-post the signing of any legally binding trade agreement or investment treaty. Given that FTAs/BITs have far-reaching implications for the lives of ordinary citizens, people’s involvement and understanding must be a non-negotiable feature of the process.

The RCEP is a proposed multilateral free trade agreement that ASEAN (which comprises of ten countries) and six other countries – India, China, Australia, New Zealand, Japan and South Korea – have been negotiating from 2012, over 26 rounds so far, apart from ministerial and other meetings held in the interim. Sengupta points out that some of these partner countries such as Japan and Malaysia already have ratification processes in place.

The Centre currently seems worried because industry, who they seriously and continuously consult, is also opposed to RCEP, which presently holds little potential for it. But Sengupta is concerned that while industry’s concerns would be duly factored in the negotiations when RCEP country heads will meet in September 2019, it could well be at the cost of the livelihood of people who eke out a meagre living in traditional sectors like agriculture. In all major industries such as fruits and vegetables and dairy, there have been no proper consultations held with farmers. Sengupta reiterates that it is important that these voices are heard.

Given inequities within India itself, there is little doubt that if the RCEP does get finalised with India, the gain in terms of market access and movement of professionals will end up getting traded against the losses of the informal economy and small and medium enterprises in the domestic market.

It is the latter who, without subsidies, will struggle to compete against big players, who may indulge in undercutting to push small-time service providers and cooperatives out of the market. This is why detailed studies, proper consultations and strategic negotiations are necessary to calculate and disseminate what are the actual consequences of RCEP.

With the current opaqueness and lack of consult that is encompassing India today, there is fear that anything can be traded away.