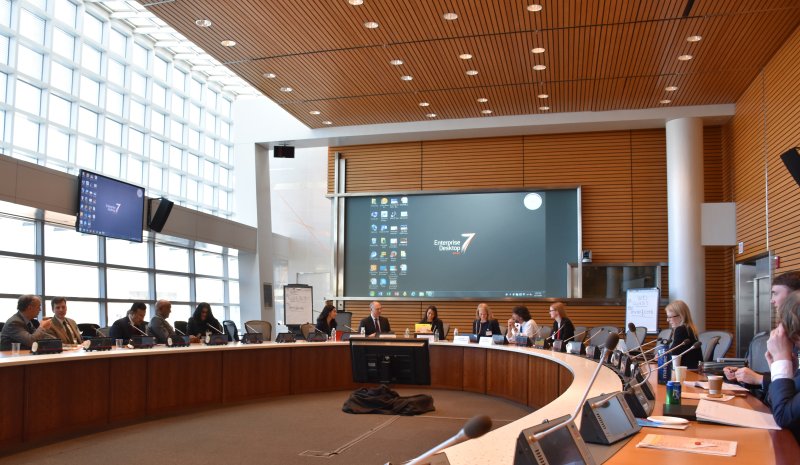 State-owned enterprises (SOEs) are, as the name suggests, enterprises that are part or wholly owned by a sovereign State. In 2017, UNCTAD identified around 1,500 State-owned corporations operating transnationally[1] and found that they had US$ 2 trillion in foreign assets in 2014.[2] It is therefore likely that such corporations will engage some form of investment protection.

At the same time, SOEs may conceivably operate within their home States. This raises the hypothetical pendulum of SOEs being potential claimants in International Centre for Settlement of Investment Disputes (ICSID) arbitrations as well as instruments of the State capable of incurring international responsibility, consequently respondents (so to speak) under ICSID. This hypothesis has complicated SOEs’ abilities to bring claims before an ICSID constituted tribunal. This article will focus on SOEs acting as claimants with a brief contextual examination of their role as ‘respondents’ to support the conclusion that SOEs will always have standing as claimants under ICSID.

Do SOEs occupy an exceptional position under ICSID?

The ICSID Convention was formulated in 1965 in the interests of “international cooperation for economic development” and in acknowledgment of the role “private international investment” can play in furtherance of those interests.[3]

The Investor-State dispute resolution regime was intended to depoliticise disputes for foreign investors and so the ICSID Convention regulated the regime so that tribunals will only have jurisdiction in relation to a legal dispute arising “directly out of an investment, between a Contracting State […] and a national of another Contracting State”.[4]

The ICSID Convention therefore prevents tribunals from arbitrating State-to-State disputes or disputes between private parties. If an SOE was exercising an essentially governmental function or was acting as an agent of the State, it is seemingly uncontroversial to claim that it would be excluded from investment treaty protection. If that same enterprise is acting in a commercial capacity abroad, then tribunals have consistently found them to be ‘nationals’ of their respective home States capable of bringing claims against host States.

At the time of drafting the ICSID Convention, a question arose as to the status of SOEs in bringing claims. Aaron Broches, the first secretary-general of ICSID and one of the principal drafters of the Convention, devised what is now known as the ‘Broches Test’ in order to accommodate this question. Broches concluded that “a mixed economy company or government-owned corporation should not be disqualified as a national of another Contracting State unless it is acting as an agent for the government or is discharging an essentially governmental function”.[5]

A number of FTAs and BITs eliminate room for deliberation by including SOEs within the definition of a ‘national’. Where the governing treaty is silent on the matter, respondent States have had the opportunity to object to the SOE’s classification as a ‘national’. In many cases before ICSID tribunals in which the claimant is an SOE, neither the respondent nor the tribunal voiced any qualms about the claimant’s standing in the arbitration. However, in a recent case, BUCG v Yemen, the respondent argued that, being an SOE, the claimant lacked standing. In its Award on Jurisdiction,[6] the tribunal disagreed and explored the Broches Test.

BUCG is a Chinese State-owned construction company that had been awarded a contract to build a new international terminal for Sana’a airport. The company submitted a claim alleging that the Yemeni authorities had deprived it of its investment by employing its military and security forces to assault BUCG employees and forcibly deny them access to the construction site.

The tribunal was satisfied that the company was State-owned, but found the corporate framework to be irrelevant; the Broches test was a functional one and BUCG had been engaged in a purely commercial activity when building the airport terminal. The BUCG Tribunal also rightly noted that had the alleged military aggression been considered to be as against the People’s Republic of China, the consequences may have been far more severe.

The tribunal relied on CSOB v Slovakia,[7] in which a bank that was jointly owned by the Czech and Slovakian governments brought a claim against Slovakia. In that case, the tribunal found that so long as the activities of the SOE are commercial in nature, a claim submitted by that SOE will give rise to investor-State rather than a State-to-State dispute.

It must be questioned when, if ever, can an enterprise be exercising a government function in a foreign jurisdiction?

It may be useful to search for an answer in the rules governing the attribution of conduct of non-State entities, including SOEs and other private actors, to the State to distinguish commercial activity from sovereign activity. Indeed, the Broches Test is the “mirror image”[8] of the test for attribution of responsibility to States under international law, specifically Articles 5 and 8 of the ILC Draft Articles on the Responsibility of States for Internationally Wrongful Acts (the ILC Draft Articles).

However, the commentaries to the ILC Draft Articles make it clear that for a State to be held responsible, the SOE must either be acting in a governmental capacity or the State must have ‘effective control’ over the actions considered to be internationally wrongful. Further, looking to attribution distracts from the basic principle that in making an investment, an enterprise is indisputably exercising commercial functions, the intention and purpose of an SOEs actions should have no effect on their status as ‘investors’. If one were to argue that the SOE was acting at the instruction and under the control of the State in bad faith, argument would perhaps be better reserved for defining their activities as ‘investments’ – a distinct question.

It is unrealistic to attempt to regulate the ability of SOEs to engage investment treaty protections, many of which are mixed economy companies and pervade transnational commercial transactions. It is also submitted that they should not be held to occupy a position distinct from other commercial vehicles simply because it is easier to establish that their conduct can be attributed to the State under the international rules of State responsibility. It must be recalled that other private actors’ conduct can also be attributed to the State.

If an SOE is not considered a ‘State’ per se nor a ‘national’ within the meaning of Article 25(1) ICSID Convention, it is effectively excluded from a regime it is likely to come into contact with on innumerable occasions.

The hypothesis that it can be both depending on its activities only confuses an essentially simple matter; if an SOE has made a lawful ‘investment’ in a foreign State and there is an international investment agreement governing the protection of that investment which provides for ICSID arbitration, that SOE is entitled to bring a claim before an ICSID constituted tribunal.