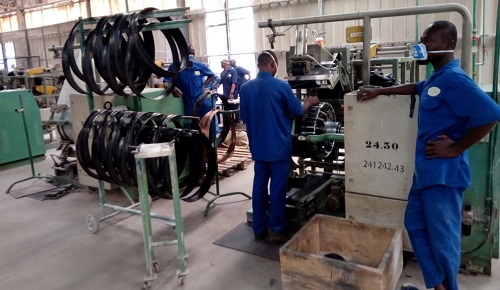 In Burkina Faso, the business community is wondering about the AfCFTA

In Burkina Faso, economic operators gathered within the Investors Without Borders Association are learning about the challenges of implementing the African Continental Free Trade Area (AfCFTA), launched in June 2019 by African heads of state.

Many businessmen are concerned about this vast commercial space of more than a billion people. Even if this market will only be active in July 2020. It will enable Burkina Faso to increase its exports by 12%, according to forecasts, the issues and challenges of the AfCFTA were therefore recently at the heart of their economic recovery.

Similarly, the 16 WA States have every interest in prioritizing regional trade over the mirage of premature continental integration, already for purely commercial reasons. Given the interannual variations, it is preferable to compare total trade (imports + exports) over 3-years periods and the share of total intra-WA trade in total trade with Africa has increased from 45.7% in 2010-12 to 64.1% in 2016-18. This should put an end to the chimera of the AfCFTA. Clearly, Burkina Faso and all WA countries have a clear interest in concentrating on their internal trade by strengthening regional integration, which also requires that ECOWAS denounces the interim EPAs of Côte d’Ivoire and Ghana, which are destroying regional integration (Read J. Berthelot: "Did you say FREE trade? The European Union-West Africa Economic Partnership Agreement", L’Harmattan, September 2018).