The teams at GRAIN and bilaterals.org are extremely sad to share the news that we have lost a great comrade and friend, Aziz Choudry. He died quite suddenly in Johannesburg, South Africa, on 26 May 2021, just a month before his 55th birthday.

We first met Aziz back in the late 1990s, in the formative days of the anti-globalisation movement, when he was a young, impassioned organiser and brilliant thinker, leading the resistance to the Asia Pacific Economic Cooperation (APEC) Forum, then one of the most important vehicles promoting neoliberal free trade areas. 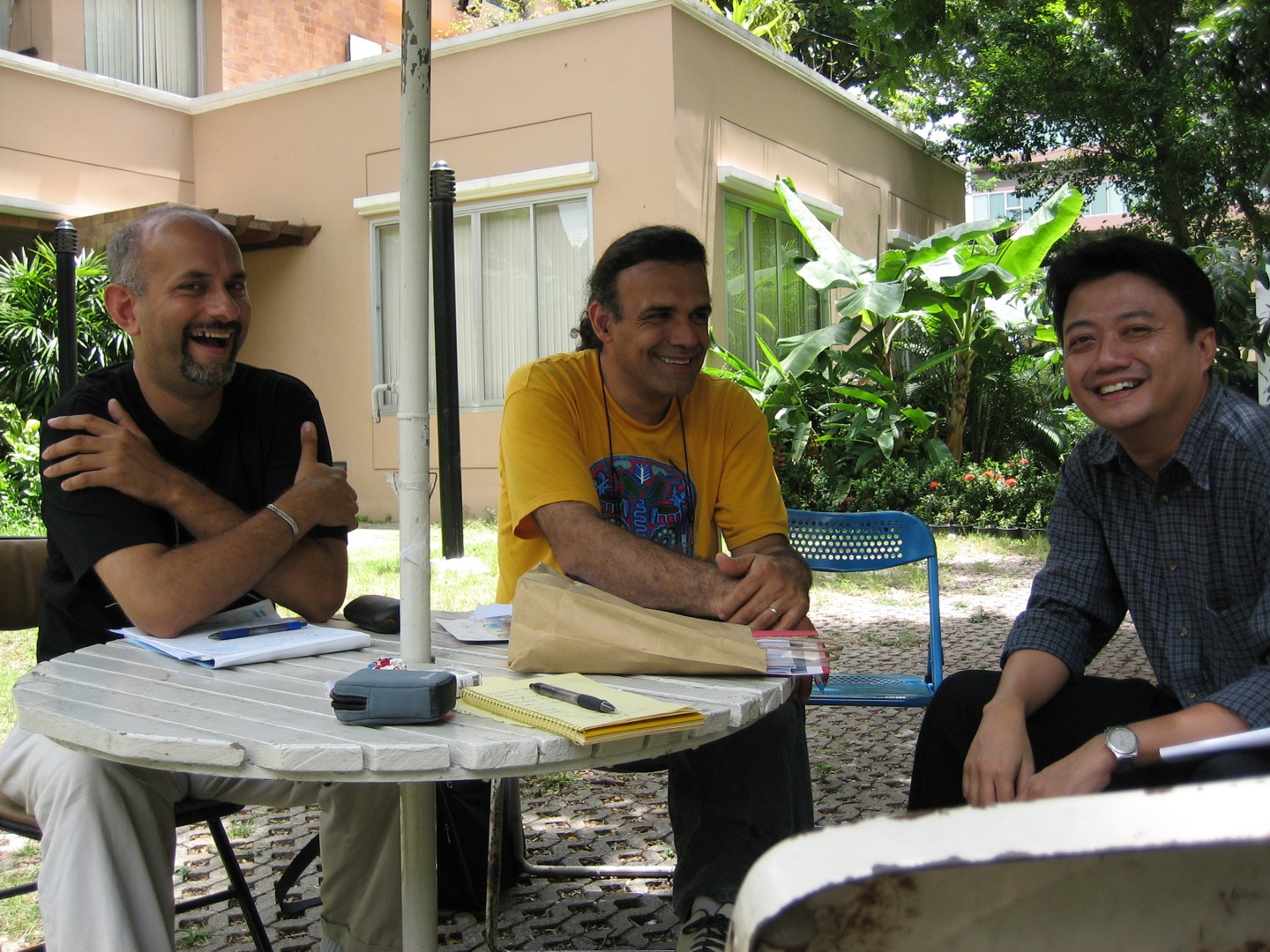 A few years later, in Manila in early 2004, over a cup of coffee next to the office of the IBON Foundation, we bonded over a common understanding of the perniciousness of bilateral free trade agreements. Having worked as an activist for many years with GATT Watchdog New Zealand, Aziz had an acute understanding of what these deals meant for workers, Indigenous peoples and communities fighting for social justice. Together with others, he had put in quite some effort to stop the New Zealand–Hong Kong deal (which succeeded for many years) and was central in mobilising folks against the APEC as well (which drove the Kiwi secret services to illegally ransack his house). For Aziz, like for us, free trade agreements were tools to go much further than what corporate lobbies and neoliberal powers achieved in multilateral settings like the World Trade Organisation. They allow powerful countries to bluntly force others to align with their policies and standards, like seed patenting. They serve imperialist geopolitical agendas far more than economic ones. They weaken democratic systems by requiring secret negotiations and setting up structures that give powerful governments a direct and open window into weaker countries’ policy-making processes. Aziz felt that NGOs in particular were not paying enough attention to these agreements – not because of their own shortcomings, but as a deliberate result of the divide and rule strategy that bilateral deals represent. [1]

Aziz mused, over that thick white enamel coffee cup, about building a single platform on the internet where groups fighting FTAs and bilateral investment treaties on their own – whether the farmers in Colombia, the alliances in Korea, the unions in South Africa or the students in Canada – could see what was going on in different countries. It would be a place to share information about negotiations themselves, the impacts of adopted deals and the resistance movements on the ground. It would be open source and open publishing, we said, not belonging to anyone. This way, groups might not only be better informed but they could directly exchange strategies and experiences themselves, and gain a better understanding of how these different treaties were in fact a common attack on people’s sovereignty. A month later, we met again in Bangkok and literally sketched out, on a pad of paper, what would become the website bilaterals.org. After some hard work with developers, the site was launched six months later and is still going strong today. 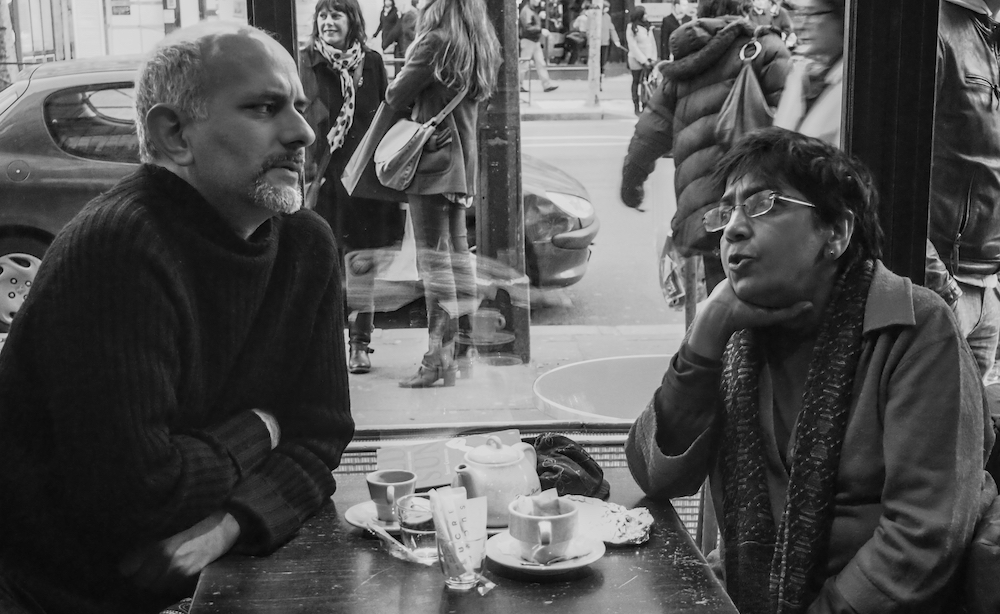 Aziz has been a central and committed part of bilaterals.org ever since. In 2006, the Thai coalition FTA Watch, with support from Biothai, GRAIN, Médecins sans frontières and bilaterals.org, organised an international workshop of movements fighting FTAs all over the world. That meeting resulted in a rich common understanding of how these deals work and how we can support each other to fight them. It led to a collective book, Fighting FTAs, that Aziz played a central role in helping pull together. And it generated a lot of followup collaboration in the years after.

Within GRAIN, Aziz developed working relations and close friendships with many of our staff in different parts of the world. He stayed with us in Argentina and Mexico, where he was supporting local struggles against the ravages of neoliberalism. He was constantly connecting us to different movements and activists across the world, such as the Palestinian Boycott-Divestment-Sanctions movement, labour unions, media workers, digital activists and immigrant workers collectives. He helped us strategise on how to work with street vendors’ organisations in Asia, brought us in closer touch with the Asia-Pacific Research Network and introduced us to key Maori activists fighting for people’s collective rights in relation to seeds, biodiversity and knowledge in New Zealand/Aotearoa. Just recently, Aziz helped bilaterals.org create the space for, and find, a young new team member in southern Africa.

We are going to sorely miss Aziz’s deeply insightful guidance, wonderful comraderie, biting humour and intellectual heft. His anti-colonialism, anti-imperialism and anti-racism were in his DNA and inspired us daily. Aziz’s departure leaves a hole in our hearts, but he has filled our lives with friends, allies and courage we otherwise would not have had.

Thank you, Aziz, for all that you were. We will never forget.

Aziz’s niece Sana and brother Mansoor have launched a crowdfunding campaign in order to set up a foundation in his name. All funds raised will be distributed towards causes Aziz Choudry was passionate about, including Humanity First, support for Farmer’s, building schools and the plight of the Palestinian people. If you want to support, please visit https://www.justgiving.com/crowdfunding/sana-ahmed-184?utm_source=whatsapp&utm_medium=socpledgemobile&utm_content=sana-ahmed-184&utm_campaign=post-pledge-mobile&utm_term=np7RbDBeq

[1] Aziz was nonetheless very critical of NGOs for, as he saw it, taking the place of social movements, speaking on behalf of others and working on “issues” in a way that misses the bigger picture and debilitates the struggle.