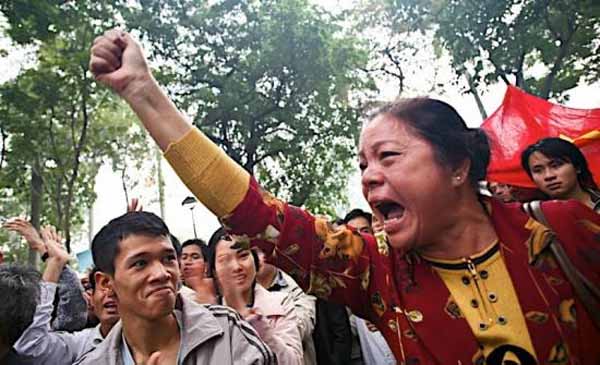 In hurrying trade deal with Vietnam, the EU is bypassing its human rights obligations

FIDH and its member organization Vietnam Committee on Human Rights (VCHR) said today that if finalised without conducting a human-rights impact assessment (HRIA) and without introducing the necessary human rights safeguards, the EU-Vietnam Free trade and investment agreement (FTA) would be concluded in flagrant violation of EU law.

FIDH and VCHR reiterate their call for the EU Commission (EC) to conduct a human rights impact assessment before finalizing the deal and to introduce the needed clauses and safeguards. FIDH and VCHR also call on the other EU institutions to stand firm and require the EU to comply fully with its obligations.

The two organisations made the call after the EC announced, on 4 August 2015 that the EU and Vietnam had reached an agreement “in principle” for an FTA, while some textual technicalities remain to be finalised.

“Brussels’ refusal to include a human rights impact assessment of the FTA is the latest example of EU policies that prioritize business over the respect for human rights, instead of trying to reconcile them,” said FIDH President Karim Lahidji.

“The EU’s actions are inexcusable and send Vietnam the wrong message. How can Brussels expect Vietnam to comply with its human rights obligations if the EU ignores its own laws?” said VCHR President Vo Van Ai. “Without strong human rights safeguards, the EU-Vietnam free trade agreement is likely to cause an increase in human rights abuses in Vietnam,” he said.

Introducing human rights safeguards would address significant shortcomings in trade agreements, weighing in the human rights of European citizens and those of the Vietnamese people over business interests. Such safeguards could include indicators measuring the impact of the agreement, introduce redress and accountability mechanisms for affected communities, and organise a human and people centred development over business interests, notably in remediating the deficient and unbalanced investor-state dispute settlement mechanisms.

The EC’s move is all the more troubling in that it blatantly contradicts EU law and ignores several calls of EU institutions and UN experts.

“By ignoring such calls and by precipitating an agreement before the end of the EU ombudsperson procedure, the European Commission suggests it is above the law, with no institution, public debate or mechanism to prevent this from happening. This calls into question the Rule of Law in the EU,” said FIDH President Karim Lahidji.

In an open letter published today, FIDH and VCHR call upon the European Parliament and the Council of the European Union to revisit the conclusion of the negotiations by the EC, so as to ensure the inclusion of their previous demands to do a human rights impact assessment, and to incorporate the necessary human rights safeguards into the agreement.