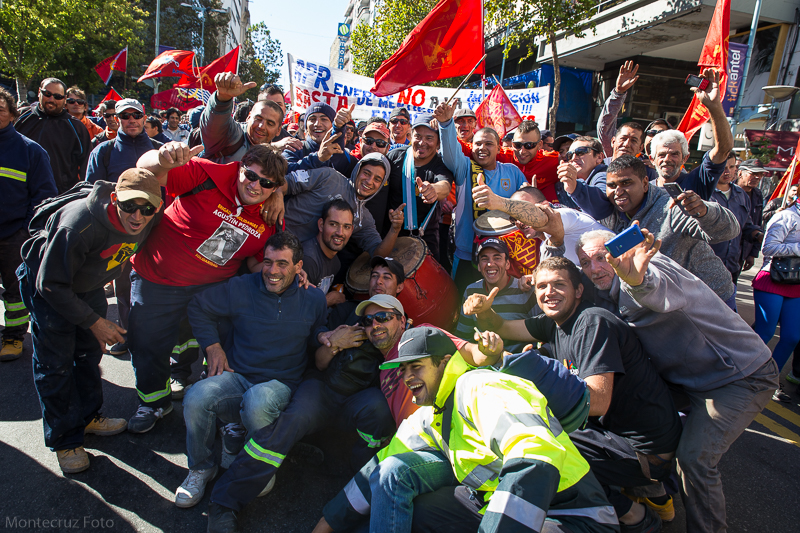 In snub to US push for new services pact, Uruguay pulls out of negotiations

Just a week before the deadline for submitting national offers on liberalisation of services sectors under the on-going “secret” talks for a Trade in Services Agreement (TiSA), Uruguayan President Tabare Vazquez decided on Monday, 7 September, to abandon the plurilateral negotiations.

While Uruguay is the first participant in the TiSA talks to abandon the on-going negotiations, at an earlier stage when the plurilateral talks’ idea was broached in 2012 by the so-called Really Good Friends of Services (RGFS), Singapore – which was part of the RGFS group – withdrew as soon as the sponsors (Australia, the United States and the European Union) outlined their ideas.

The Uruguayan president’s action follows a decision taken on September 5 by a large majority of the Frente Amplio, the governing leftist political coalition, against Uruguay continuing to be part of the TiSA negotiations taking place in Geneva but outside the framework of the World Trade Organisation and its General Agreement on Trade in Services.

The Frente Amplio’s decision considered that it is “inconvenient” for Uruguay to keep negotiating TiSA, “taking into account our vision on an integral development of the Nation”, and received 117 votes in favour of leaving the negotiations and only 22 against it.

TiSA is widely recognised as an attempt to ultimately assert pressure on other countries to sign on to an agreement the nature of which has not been accepted within the WTO multilateral trading system and its agreements and rules. It was initiated by the United States and Australia with the European Union as a key player as well.

The factions in Frente Amplio, led by Economy Minister Danilo Astori and Foreign Minister Rodolfo Nin, were the only significant members of the coalition to support TiSA. The Movement for People’s Participation led by former president Jose Mujica voted against, even though Mujica was still president when Uruguay joined the negotiations last February. When the Frente Amplio formally took a vote against TiSA, the right wing parliamentary opposition offered their votes to build an ad hoc majority in favour of the agreement and thus divide the governing coalition.

However, Tourism Minister Lilian Kechichian, acting as spokeswoman for the Council of Ministers, announced on Monday that “the President respects the majority and has asked the foreign minister to implement it”.

The governing coalition studied the issue over four months and before making its decision, the coalition’s governing council demanded from all ministries an analysis on how the opening up of services would affect their agendas and what items they would want to include in the “negative list” of economic sectors not to be opened. A “negative list” approach means that all sectors are liberalised except for those that are to be excluded. A “positive list” approach liberalises only those sectors or parts of a sector that are included in a predetermined list and usually also allows for conditions on such liberalisation.

The local newspaper La Diaria had access to the summary of ministerial analyses presented to the Frente Amplio council by its chair, Daniel Marsiglia. According to a report, the Ministry of Labour and Social Security considers that some of the TiSA requirements would contradict the norms of the International Labour Organisation that Uruguay has signed up to and are therefore to be considered as national law.

The Ministry of Industry, Energy and Mines informed the council of the governing coalition that the proposed TiSA would imply risks to the telecommunication policies of Uruguay. Since a privatisation law was repealed by referendum in 1992, the telephone company (fixed lines), the generation and distribution of electricity, the only oil refinery of the country and all water and sanitation services are run by state-owned companies. Further, the state-owned banks, even when competing with private national and international banks, hold three quarters of the deposits, while the state-owned insurance company controls around half of the market.

Meanwhile, the state-owned mobile cell-phone company has double the number of subscribers compared to the two competing foreign-owned cell-phone corporations. The telecommunications policy that TiSA would challenge has allowed Uruguay to have a phone network that is 100% digitised. All towns and schools are linked via fiber optic cables and all children of school age are provided with free access to the Internet as part of the “one laptop per child” policy that Vazquez himself started in his previous presidency. (Vazquez was president before Mujica. Both were elected by the Frente Amplio coalition of progressive parties and movements.)

The Ministry of Agriculture rejected the liberalisation of some services it provides, in particular the identification and tracking of cattle which allows Uruguay to export meat at higher prices than its neighbours. The Ministry of Tourism, overseeing an area that accounts for the majority of the exports of services of the country, reported that no benefits would be obtained from TiSA in its area, as tourism is already liberalised. The Health Ministry reported that it is not in a position to produce a “negative list” due to the rapidly changing nature of the health services that could make such a list obsolete in a short time.

On the other hand, the services agreement was positively reviewed by the Ministry of Foreign Affairs, which argued that the presence of Uruguayan negotiators in the TiSA-related meetings would help them “gain experience”, while the Ministry of Economy and Finances highlighted that TiSA would bring benefits to the local software producers and professional services (such as lawyers and accountants).

Interestingly, when the Frente Amplio convened a public discussion, the chair of the Uruguayan Chamber of Software expressed his wish that TiSA would help them open up markets by allowing their technicians to travel abroad more freely, but yet demanded that the government procurement system continues to favour offers from national companies over those from foreign corporations. It became clear during the debate that this sector, which accounts for at most two percent of the total national income, was ill-informed.

Mode 4 provision of services (that require the movement of natural persons abroad to supply a service as provided under the WTO General Agreement on Trade in Services, has a “positive list” approach) are excluded from TiSA at the instance of the United States. In the US, EU and Australia, the movement of natural persons for supply of services is governed by visa requirements of immigration policies and the application of ‘needs tests’. Thus, the continuation of government support to the software industry would disqualify it from any benefits potentially derived from TiSA.

With the decisive vote, socialist parliamentarian Roberto Chiazzaro highlighted that it is the first time that TiSA is discussed widely and openly in any country and “it is remarkable how much people got informed, participated and discussed and Tabare (President Vazquez) has to be praised for having heard the people and his political organisation before taking a decision”.