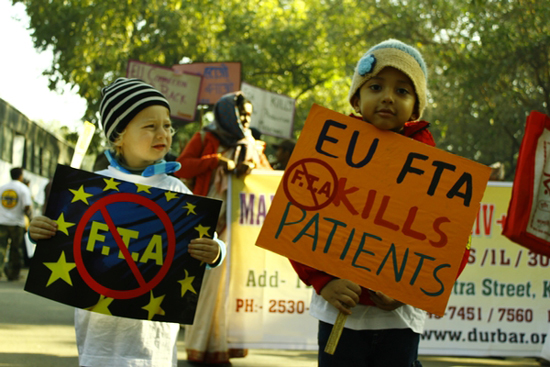 The meeting is important as it comes barely a week after Britain’s business minister Sajid Javid called on India’s commerce and industry minister Nirmala Sitharaman and discussed the possibility of a trade pact between the two countries, post-Brexit.

On Wednesday, Sitharaman had told FE that the offers for the proposed — known as the India-EU Broad-based Bilateral Trade & Investment Agreement — “have to be tempered because Britain is now out of the EU”. She, however, added that the FTA with the EU “won’t be worse for us”.

A trade analyst said Javid’s visit might have prompted the EU to hasten the meeting between the two sides for the proposed FTA. This is because the EU hadn’t given any dates for the resumption of stalled negotiations till as late as last week despite India seeking dates for the talks even before the India-EU summit in Brussels on March 30.

A source told FE that Friday’s meeting could be another “stock-taking exercise” and serious negotiations will still take some time to resume. However, it could set the stage for negotiations to start at the earliest. As many as 16 rounds of negotiations took place between the two sides between 2007 and 2013, but the negotiations were stuck after that.

Differences already persist on the broad contours of the proposed FTA, including on EU’s insistence that India cut import duties on auto parts and wine and strengthen intellectual property rights regime and Indian demand for more liberalisation in services and greater flexibility on data privacy. India also feels the flexibility shown by it in further opening up to foreign investments in more than a dozen sectors should be considered positively by the EU.

A duty-free access to EU will make Indian exporters highly competitive there. For instance, Indian yarn, fabrics and garments attract export duties of 4%, 5% and 9.6%, respectively, in EU, while competitors like Bangladesh and Pakistan export there at zero duty.