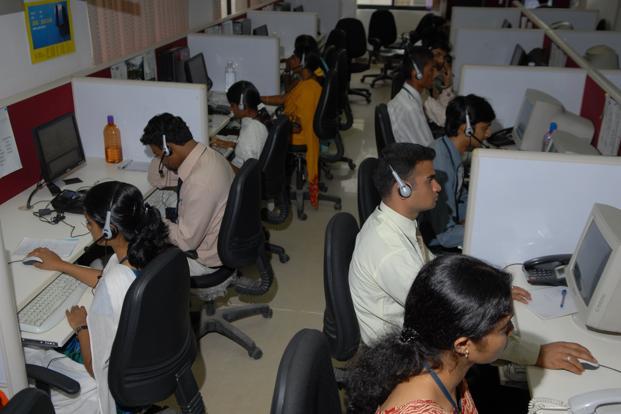 India’s expectations from the RCEP in terms of services liberalisation are unlikely to materialise.

India inches towards liberalisation at RCEP

In a move likely to inject momentum into the Regional Comprehensive Economic Partnership (RCEP) talks, India has indicated it is willing to compromise on its three-tiered tariff schedule. But, it is not yet clear whether India’s decision is contingent upon the other RCEP members agreeing to liberalise trade in services — one of India’s major expectations from the agreement.

The three-tier approach was largely aimed at denying China significant preferential access to the Indian market. Like most countries, Indian industry is apprehensive of Chinese products swamping the domestic market if they get tariff-free access. The major concerns are for Indian producers of steel, aluminium and chemicals — industries where surplus capacities are leading to the flooding of global markets by cheap Chinese exports.

In a regional trade forum like the RCEP, it is not strategically possible to single out a particular member for defensive action, since regional trade agreements aim to provide similar preferences to all members. So India hit upon the three-tier formula. In this plan, Australia and New Zealand — with both of whom India is negotiating bilateral FTAs — were clubbed together with China in the lowest bracket for tariff concession.

The Indian proposal of a three-tier structure was not welcomed by most of the RCEP members. Apart from complicating the negotiations, the proposal strengthened India’s image as a difficult and obstructionist trade partner. The decision to deviate from the three-tier structure is a welcome relief. India has indicated that while it is moving away from the three-tier approach, it would like to have a tariff schedule with ‘limited deviations’, depending on tariff offers made by other members.

Unfortunately for India, their expectations from the RCEP in terms of services liberalisation are unlikely to materialise. By not adopting forward-looking agendas for services and investment, the RCEP risks degenerating into a shallow agreement with only limited gains in tariffs.

The difficulty in adopting liberal agendas on services and investment arises from the structural differences between ASEAN countries. While ASEAN economies like Singapore and Malaysia have well-developed services sectors with distinct comparative advantages in many services (for example transport, tourism, finance and urban infrastructure), most other ASEAN economies do not. Their comparative advantages are mostly in agriculture, natural resources and industrial parts — not in services.

While they are keen on getting greater access for these exports in other RCEP member-markets, they have limited interest in liberalising domestic services. Much like Indonesia, Vietnam and the Philippines are trying to liberalise foreign investment rules in domestic services, they have a long way to go before matching India in the liberal foreign investment policies it now has.

China too, while slowly liberalising domestic services, is grappling with complex regulations on foreign ownership and management. This is why it is not very open to committing to aggressive services liberalisation. And the current anti-immigration sentiments prevent the possibility of most RCEP members agreeing to freer movement of professional service providers — another of India’s major demands.

The fact that services regulations within ASEAN are not homogenous is a major deterrent to the adoption of common rules for trade in services in the RCEP. This is frustrating for India and RCEP members like Australia, Japan and New Zealand, who have considerable export interest in services. The latter three are members of the Trans-Pacific Partnership, which has much more liberal rules for trade in services, and are also members of several bilateral FTAs that accommodate services. Apart from greater access of their exports in the Indian market, Australia’s and New Zealand’s interests in the RCEP also stem from the robust services trades they can have with India.

The interests are mutual, given that tourism, education, skill development and finance have already taken off as major trade interests in services between India and Australia as well as New Zealand. Japan, South Korea, Singapore and Malaysia also have similar interests and rising services trade with India. They expect the RCEP to improve on their bilateral agreements with India, given that India’s services regulations have reformed significantly in the last couple of years.

While the tariff talks at the RCEP should hasten, from a services trade perspective, India is better-off pursuing bilateral FTAs with Australia and New Zealand, and upgrading existing FTAs with Singapore, Malaysia, Japan and South Korea. In the meantime, the RCEP is unlikely to yield much on services and investment.

Amitendu Palit is a visiting senior research fellow at the Institute of South Asian Studies (ISAS) in the National University of Singapore. This article was originally published as ISAS Brief No. 144.