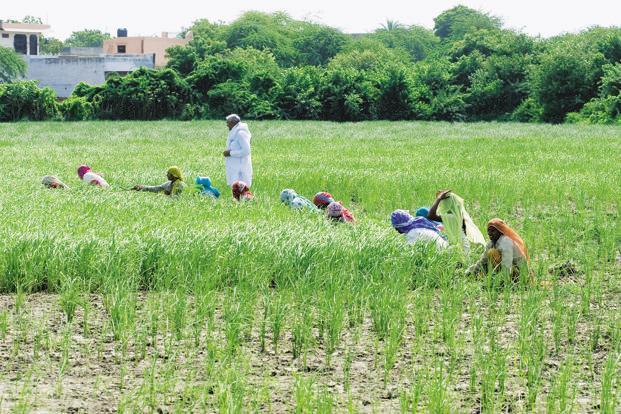 The talks for Comprehensive Economic Cooperation Agreement between the two sides started in 2011 in a bid to boost bilateral trade and investment. Photo: HT

Australian minister Steve Ciobo said India has adopted a ‘reasonably protectionist bent’ for its agricultural products, delaying any achievement in the talks for the Free Trade Agreement

Melbourne: Australian trade minister Steve Ciobo has said India has adopted a “reasonably protectionist bent” for its agricultural products, delaying any achievement in the talks for the long-pending Free Trade Agreement (FTA).

“I’m still engaging constructively with India on a regular basis, but I’m just not making the headway there that we’d like to see because India is adopting a reasonably protectionist bent when it comes to some of their agricultural products. So we just have to keep chipping away,” Ciobo told a TV channel recently.

“India is a high priority for me, but it takes two to tango,” Ciobo said adding that, “At this point in time, I’m not seeing a willingness from India that would reflect a desire to achieve an FTA.” He said India is the world’s largest democracy and there is a lot of agricultural interests that India had challenges in terms of trying to liberalize that segment of the market.

“So it is a key priority, but it’s just hard work, so you roll your sleeves up and you keep chipping away,” the minister said. Highlighting that Australia was eyeing to strike free trade agreements which were comprehensive and high in ambition, Ciobo said, “If for example, we were only able to get 70 or 75% of coverage of products, then that’s not a great starting point for negotiations.”

“So, you know, I continue to engage with India,” he said. Currently, Australia has been eyeing to conclude FTA negotiations including Indonesia, Hong Kong, Peru, Pacific Alliance countries and European Union. Former trade minister Andrew Robb had started free trade negotiations with India and managed to conclude three other deals with China, Japan and Korea.

Last week, Australian foreign minister Julie Bishop made similar statements during her official visit to India and said that two nations should take the next leap in realising the full potential of bilateral trade. “There has to be benefits to our respective economies. We need to remove trade barriers to integrate our economies,” she had said.

The talks for Comprehensive Economic Cooperation Agreement (CECA) or FTA between the two sides started in 2011 in a bid to boost bilateral trade and investment. Both sides were expecting to conclude negotiations by December 2015, however, there were differences in areas like duty cut on dairy products and wines. Subscribe to Our Newsletter »

Several rounds of negotiations have been completed for liberalising trade and services regime, besides removing non- tariff barriers and encouraging investments.