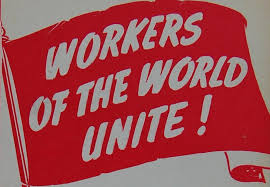 Trade experts have cautioned that India’s push to ease norms - under bilateral, regional and multi-lateral trade agreements - on movement of skilled workers across borders for short-term work, could turn out to be counterproductive if they don’t protect workers’ rights, including employment opportunities, adequate earnings, equal opportunity as well as stability and security of work.

India has been pitching for liberalisation of the services trade including relaxing norms for temporary movement of professionals and skilled workers in the ongoing negotiations on the proposed Free Trade Agreement (FTA) involving 16 Asia-Pacific nations (including India) as well as at the World Trade Organisation (WTO)-level trade negotiations. India is considered a strong player in the services trade globally due to its large pool of services professionals including in the Information Technology sector.

The proposed FTA involving 16 Asia-Pacific nations is officially called the Regional Comprehensive Economic Partnership (RCEP). At the WTO-level, India has proposed a Trade Facilitation in Services (TFS) Agreement with an aim to eliminate “barriers” affecting global services trade - through binding commitments on measures including simplification of procedures for temporary entry and stay of workers, and by ensuring clarity regarding work permits and visas.

However, trade experts and civil society organisations have cautioned the Centre against the move, saying it can prove to be detrimental if such bilateral, regional and multi-lateral trade pacts do not incorporate elements mentioned in the International Labour Organisation’s ‘Decent Work Agenda’ - that includes employment opportunities, adequate earnings and productive work; decent working time, stability and security of work, equal opportunity, social security, as well as employers’ and workers’ representation.

Ashim Roy from the New Trade Union Initiative mentioned the model of ‘tied employment’, where some multinational companies (MNCs) take their workers to the countries where they have operations, but ensure that such employees work only for them, and that too without adequate pay. “While India is pushing for easing norms on temporary movement of workers, they should not result in helping the ‘tied employment’ model and workers losing their rights,” he said.

He warned that proposed agreements such as the RCEP would “allow the MNCs and global finance to access cheap labour and resource, depress wage, working and environment standards by integrating local firms and economics in the global production network that ensure maximum value capture by MNCs and developed countries. At the same time, it will protect global investment from any policy change favorable to people, including revision of minimum wage or enhancement of labour rights and community rights.”

Mr. Roy said, “The RCEP promises greater integration to global production network. Developing countries that primarily specialise in labour-intensive manufacturing and standard services are the receivers of the lowest share in value added. India’s net gain ratio figures from participation in GPNs (Global Production Network) suggest a net loss through increased participation. The low-skilled workers of developing countries are the worst losers in this MNC-led global architecture of production, which the RCEP typifies.”