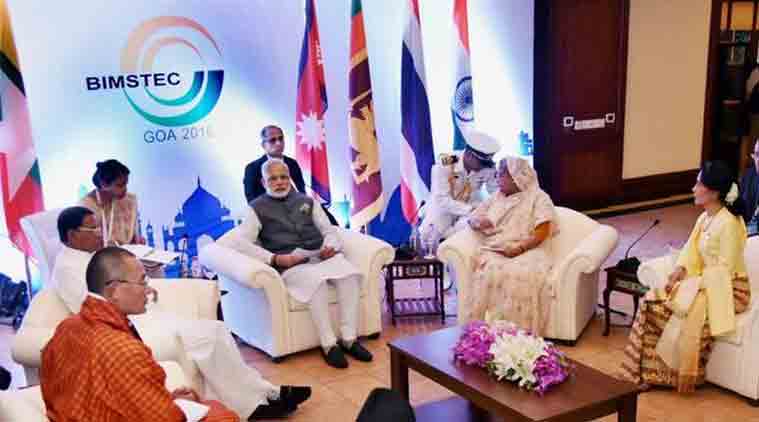 Difference between India and Thailand over market access is one of the main reasons why the FTA under BIMSTEC remained stalled during last couple of years.

While India has demanded easing of rules for its professionals, Thailand has asked for relaxation in the foreign investment rules in multibrand retail trade for its retailers.

Moreover, Bangladesh and Sri Lanka are pushing for the entry of China into the grouping, which is technically not possible at this stage, albeit it can join BIMSTEC as ‘observer.’

Sources said the major difference in BIMSTEC FTA is that India wants to negotiate the pact afresh and not what was agreed in 2004, when the FTA framework was signed, whereas all other member countries want to maintain status quo.

India is aggressively pushing for the conclusion of Free Trade Agreement (FTA) under the Bay of Bengal Initiative for Multi-Sectoral Technical and Economic Cooperation (BIMSTEC) by November during its Summit meeting.

The main goal of India is boosting regional trade through FTA bypassing Pakistan, according to a report published in http://www.thehindubusinessline.com.

Conclusion of the FTA in goods, the talks for which were launched in 2004, will be one of the topmost agenda items of External Affairs Minister Sushma Swaraj during the upcoming BIMSTEC Foreign Ministers’ Meeting that is scheduled to be held in Nepal on August 10-11, according to sources.

However, though the government is keen on concluding the FTA, a lot of hurdles need to be crossed before all members agree to sign the pact, the primary reason being disagreement between India and Thailand over market access for professionals, duty cuts on traded goods and policy relaxation, sources told Businessline.

“BIMSTEC needs to produce a few visible results or successes in the short term. Concluding the protracted negotiations for a Free Trade Agreement in goods, and later, services, and investment, is the way forward. Without an appropriate FTA, the grouping will continue to be perceived as an empty shell,” said Rajiv Bhatia, former Indian Ambassador to Myanmar, now Distinguished Fellow at Gateway House, a Mumbai-based foreign policy think-tank.

The BIMSTEC Trade Negotiating Committee last met in 2015 despite the leaders push to expedite it in the last summit held in October 2016.

“BIMSTEC FTA should be negotiated quickly and can be concluded if the political will is there. In non-economic front it has moved fast and same can be followed in the FTA process,” said Prabir De, Professor and Coordinator of ASEAN-India Centre, Research and Information System for Developing Countries.

This year the BIMSTEC – India, Thailand, Mynamar, Nepal, Bangladesh, Sri Lanka, Bhutan – will complete 20 years since it was established. As a result, India wants the FTA to be concluded this year to assert its “relevance” especially at a time when the government when the SAARC is in doldrums and India wants to bypass Pakistan in all its sub-regional economic and non-economic arrangements, sources added.

The criticality to sign the deal is multi-fold for India. Firstly, an FTA will undoubtedly boost the ‘Look East’ policy, which is one of key aspects of Prime Minister Narendra Modi’s foreign policy, thereby contributing to the development of the vulnerable north-eastern region.

In 2004, it also decided that first the goods pact will be signed and that it will followed by subsequent pacts in services and investment and a comprehensive trade agreement will be signed.